How to Cycle Through Classes on an HTML Element

Webinar: How to See More, But Respond Less with Enhanced Threat Visibility

How to Preview and Test Your WooCommerce Emails (The Easy Way) 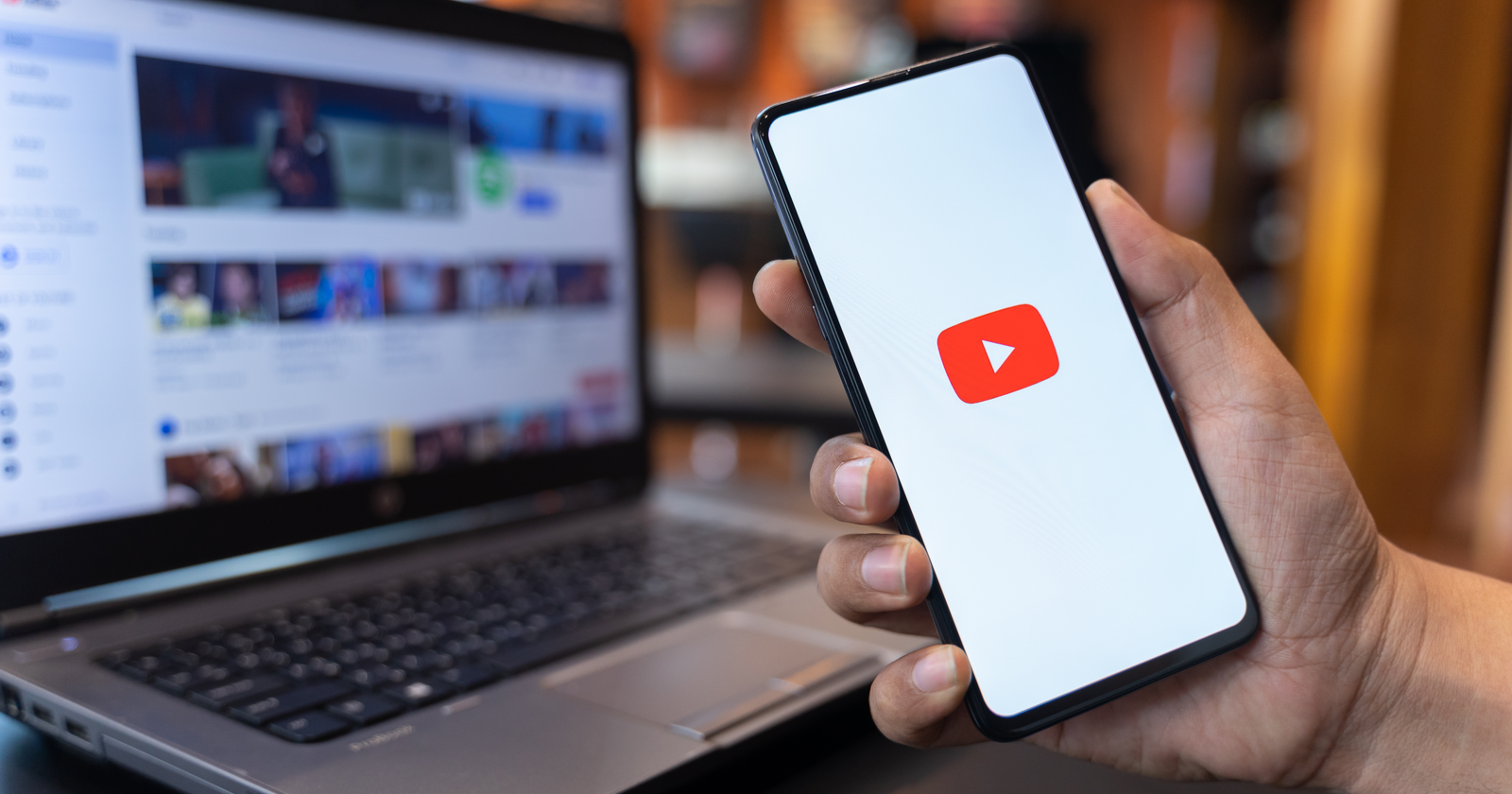 In her Letter from Susan: Our 2021 Priorities, published on the Official YouTube Blog yesterday, CEO Susan Wojcicki shared a great deal of information and insight for YouTube creators and viewers alike.

Wojcicki tackled a number of important topics, including:

YouTube’s CEO since 2014, Wojcicki also shared some new stats about YouTube that are normally held under wraps until major tent-pole events like Brandcast in the Spring or VidCon in the Summer.

For example, she said, “During the first quarter of last year, we saw a 25% increase in watch time around the world.”

In her letter, Wojcicki revealed that total daily live streams grew by 45% in the first half of the year.

More than half a million channels live-streamed for the first time in 2020, as well.

From artists performing in their living rooms to churches moving their services online, these “first-time streamers accounted for more than 10 million streams on the platform,” she said.

YouTube’s CEO also disclosed that the number of new channels that joined the YouTube Partner Program (YPP) in 2020 more than doubled over the previous year.

She cited an Oxford Economics report, which found “YouTube’s creative ecosystem contributed approximately $16 billion to the U.S. GDP in 2019, supporting the equivalent of 345,000 full-time jobs.” 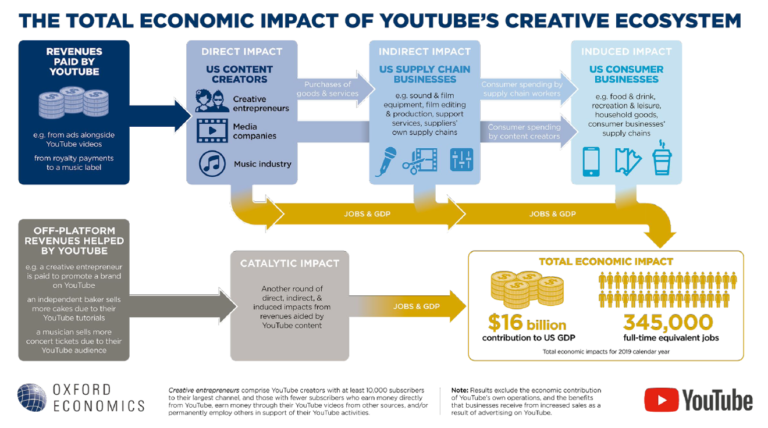 To illustrate how YouTube is growing the creator economy, Wojcicki told the story of Brandon Reed.

Six-and-a-half years ago, Reed was struggling to make ends meet as a single father.

Although he wanted to go back to school to study animation and give his kids a better life, he couldn’t afford it.

Instead, he learned to animate by watching YouTube videos late at night after his kids were in bed.

Reed then launched his own full-length cartoons on the Cartoon Connect channel in July 2014.

Wojcicki said, “He still remembers the first check he got from YouTube for $100. Today, Brandon works full time through his YouTube channel and his animations have more than 250 million views worldwide.”

She added, “Brandon is just one of many creators around the world who has benefited from finding a home on YouTube. Over the last three years, we’ve paid more than $30 billion to creators, artists, and media companies.”

YouTube’s CEO then outlined three key areas where the platform will support creators and artists in the year ahead:

Wojcicki said, “Our policies are designed to protect our YouTube community against abuse and bad actors and also to make sure we are able to keep advertisers coming back to YouTube to support our creator ecosystem. But we recognize that at the scale we operate, it’s hard for creators to keep up with changing Community Guidelines. And we also know that we make mistakes.”

Wojcicki said, “Our Music and Premium Subscriptions have been growing quickly, reaching more than 30 million paid members in the third quarter of last year. And creators and artists are finding other new ways to connect with their audiences and diversify their revenue. Last year, the number of channels making the majority of their revenue from Super Chat, Super Stickers or channel memberships on YouTube tripled.”

3. Supporting Success of All Creators

She said, “We’ve heard concerns from creators across various communities, particularly in the Black community, about their experiences on the platform.”

She continued, “This year, we’ll start asking creators in the U.S. on a voluntary basis to provide us with their gender, sexual orientation, race, and ethnicity. This information will help us identify potential gaps in our systems that might impact creators.”

YouTube’s CEO said, “Combined with the efforts of creators to spread the word, we’re making an impact – we’ve served over 400 billion impressions of information panels that relate to COVID-19.”

She added, “We’ve continued to make updates to our COVID-19 policies to stay current with the science, and we’ve removed more than more than half a million videos under these policies since February (2020).”

Wojcicki continued, “In October, we expanded our COVID-19 medical misinformation policy on YouTube to remove content about vaccines that contradicts consensus from health authorities, such as the Centers for Disease Control or the WHO.”

And she emphasized, “Creator health interviews have received more than 65 million views worldwide, and we look forward to more of these conversations in the year ahead.”

In addition to the pandemic, YouTube’s CEO tackled the issue of racial justice.

She said, “One important change we’ve identified is better shielding creators from harmful comments. We’ve begun testing a new filter in YouTube Studio for potentially inappropriate comments that have been automatically held for review, so creators have the option not to read them.”

Wojcicki also said, “Through the #YouTubeBlack Voices Fund, we’re bringing important stories about Black experiences around the world to YouTube, emphasizing the intellectual power, dignity, and joy of Black voices, and educating viewers on racial justice. Earlier this month we announced the #YouTubeBlack Voices Class of 2021: 132 creators and artists from the United States, Kenya, the United Kingdom, Brazil, Australia, South Africa, and Nigeria.”

YouTube’s CEO said, “I hear so many stories about people who learned something new on our platform, so it’s no surprise that 77 percent of respondents to an Ipsos study say they used YouTube during 2020 to learn a new skill.”

She added, “This trend has grown during the pandemic as we’ve worked at home, schooled at home, and adapted our lives to quarantine. In fact, videos with the word ‘beginner’ in the title have been viewed more than a billion times since mid-March.”

A mother of five children, Wojcicki shared this personal anecdote, “Last year, I used YouTube to learn how to cut hair, fix my fridge, do more yoga, research bitcoin, and help with physics homework.”

She also highlighted creators who found ways to help the community meet the challenges of quarantine.

For example, Crash Course and Arizona State University (ASU) created a series called Study Hall that focused on critical academic subjects like writing composition and algebra, breaking them down into easy-to-follow formats.

In addition, Eddie Woo developed videos to help teachers learn how to get started on YouTube.

And Mayuko, a Software Engineer who traded a Silicon Valley job for a YouTube channel, helped people with technology and career advice.

YouTube’s CEO continued, “When I think about how YouTube can change people’s lives, the story of Josh Carroll stands out to me. Josh is an Army veteran who was working as a janitor when he taught himself advanced math on YouTube and then became a physicist.”

Wojcicki said, “Learning in-demand professional skills can be life-changing, and I believe we need to aim high in our efforts. We’re setting a new goal: to double the number of users who engage with educational content on YouTube. We want to help more people like Brandon and Josh connect with videos that will set them on a path of personal fulfillment and economic opportunity.”

YouTube’s CEO also outlined a few areas where creators can expect new capabilities in the foreseeable future. This includes:

She said, “We’re now beta testing YouTube Shorts in India and we’re excited to help the next generation of mobile creators tell their stories by lowering the barriers to entry. So far, videos in our new Shorts player – which helps people around the world watch short videos on YouTube – are receiving an impressive 3.5 billion daily views! We’re looking forward to expanding Shorts to more markets this year.”

She said, “According to a recent Talk Shoppe study, 70% of people surveyed say they bought from a brand as a result of seeing it on YouTube. We’re excited to integrate shopping into the YouTube experience. We’re currently testing a new beta program with a group of beauty and electronics creators to help people discover and buy the products they see in videos.”

And she revealed, “TV was our fastest growing screen in 2020. That’s why we’ve worked to improve the look, feel, and performance of the Living Room app. And we’re making it easier for advertisers to reach more consumers where they are watching. We’ll continue to bring YouTube to more living room devices and make voice navigation even better.”

Finally, Wojcicki said, “There’s another area that will be a significant focus in 2021 – regulation. We’ve benefited from partnerships with governments on critical issues, like preventing violent extremism and coordinated influence operations on our platform. Last year, these partnerships were incredibly helpful as we worked together to provide people with accurate information during the pandemic.”

She added, “The European Union recently introduced the Digital Services Act (DSA) that could have major implications for online speech. We’ll update you as this progresses, and we’re also working with governments like the United Kingdom as they consider legislation to take on harmful content.“

And she concluded, “This year, we’ll continue to advocate on behalf of creators and work closely with governments to make sure policymakers understand the potential impact their decisions could have on all of you.”

The Oxford Economics report mentioned above is an example of how YouTube is likely to do that.

The 50 Most Visited Websites in the World

Power Your Story With Visual Capitalist