Why Investors Are Psyched About Psychedelic Stocks
Advertisement

9 Things Investors Should Know About the Cannabis Industry in 2021 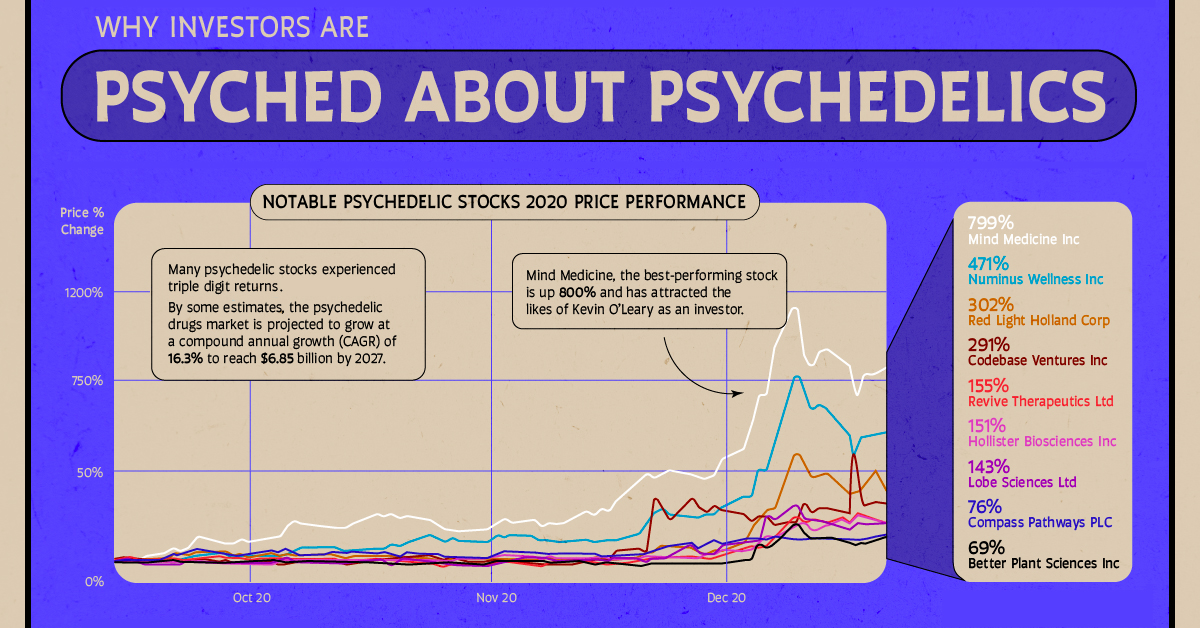 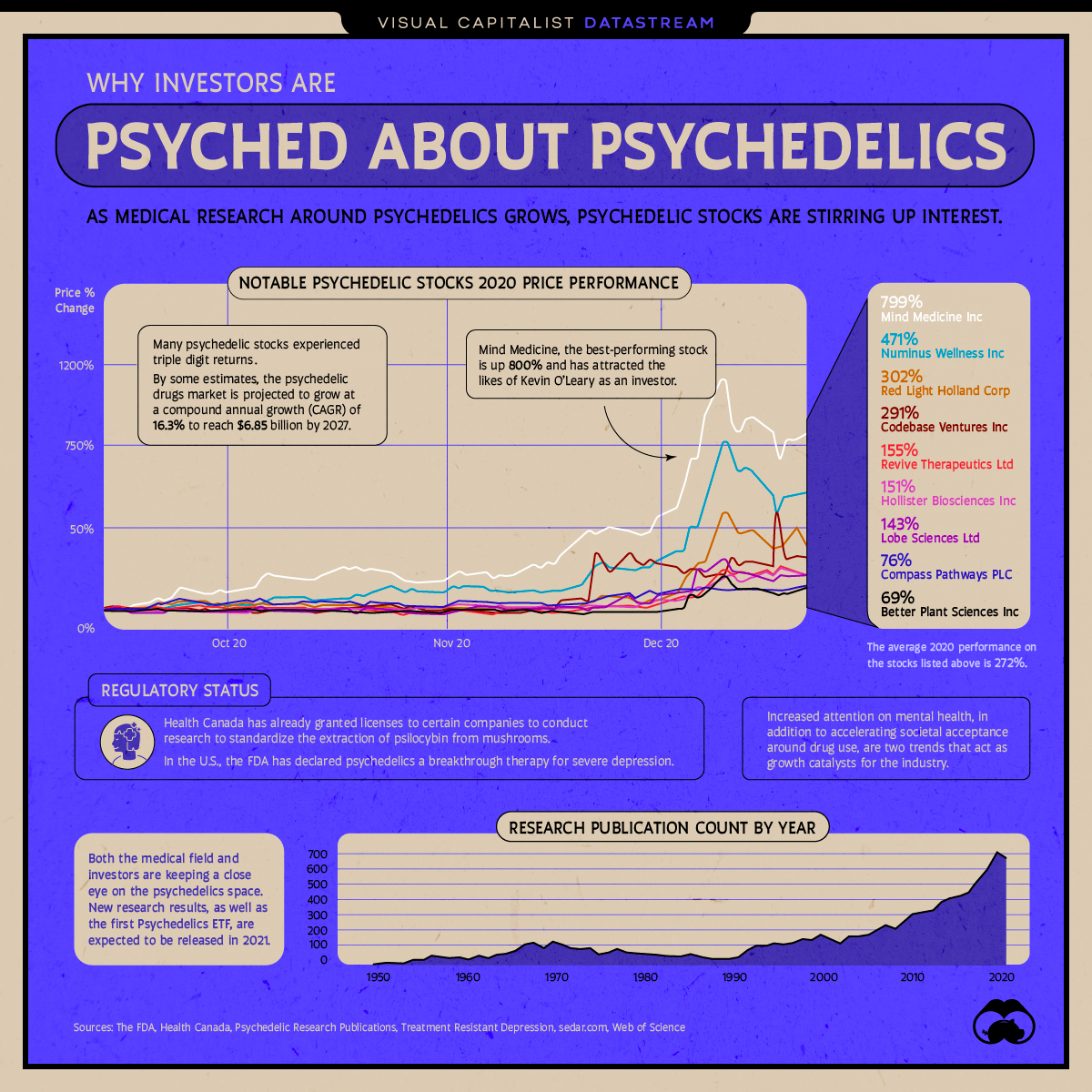 Psychedelic stocks are trading like biotechnology companies these days. The prospect of promising research has pushed valuations upwards. And like biotech companies, they often report no revenues and are a volatile bunch.

Awareness around mental health disorders is increasing, as are the number of people who suffer from them—a figure exacerbated by the pandemic. Although these factors are grim, they are actually catalysts for psychedelic stocks.

Today, greater emphasis is put towards combating mental health. In part because its societal cost is increasingly difficult to ignore. And the solutions to them may take on various forms. For instance, alternative medication.

There are over 100 million people who are resistant to traditional treatments for depression. Some studies reveal up to ⅓ of patients experience treatment-resistant depression.

As a result, this is where the application of psychedelics in microdoses is perceived to add value—and where a market may arise.

1. Health Canada
Health Canada granted 16 exemptions to a selection of nurses, doctors, therapists and social workers. Thus, allowing them to possess and use psilocybin for personal training without fear of prosecution under the country’s drug laws.

2. The FDA
The FDA declared psychedelics a breakthrough therapy for severe depression.

3. The State of Oregon
Oregon approves a legal framework for the therapeutic use of psilocybin. Becoming the first state to do so.

Investors love a good story. And legalizing psychedelic drugs to combat the growing societal challenge that is mental health is as good as it gets.

Some of the earlier research and studies on psychedelics are expected to be released by mid-2021, and investors are already getting ahead of this in optimistic anticipation. This is evident in the valuations of some of these companies, which in some cases are already reaching a billion dollars.

Welcome to the shroom boom.

Source:YCharts & Frontiers In Psychology
Notes: This data was released on September 4, 2020

The post Why Investors Are Psyched About Psychedelic Stocks appeared first on Visual Capitalist.