Visualizing the Depth of the Great Lakes


View the full-size version of the infographic. 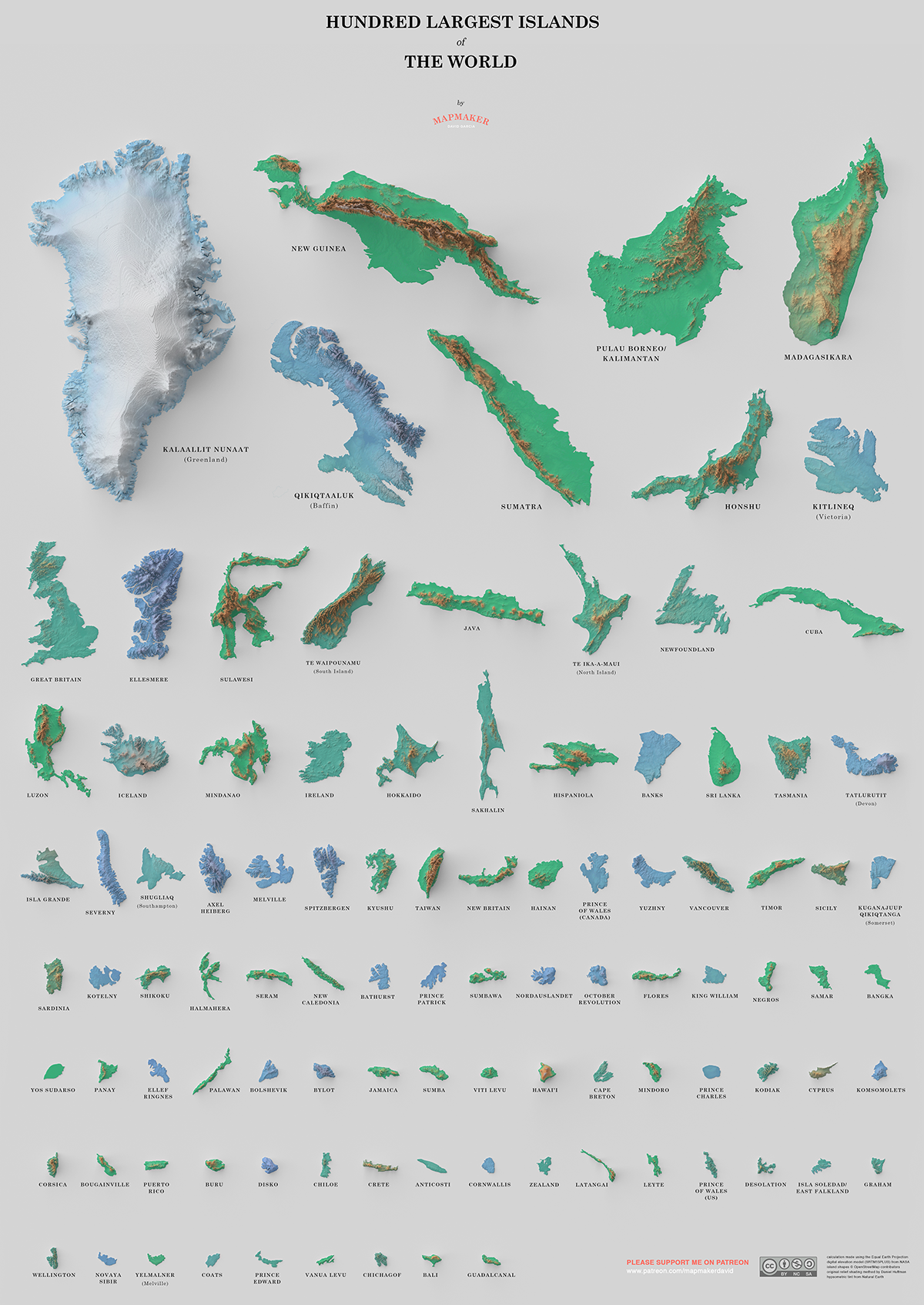 Visualizing 100 of the World’s Biggest Islands

View the full-size version of the infographic by clicking here.

When you think of an island, the first thing that might come to mind is a small, sunny beach surrounded by warm waters. But did you know that 11% of the world’s population actually calls islands their home?

Today’s data visualization is designed by mapmaker David Garcia, and it ranks the 100 largest islands found around the world by size.

Islands in the Stream

The 100 biggest islands range from the likes of expansive Greenland to independent Guadalcanal, the largest of the Solomon Islands. But look a little closer, and you’ll see just how much the top contender outshines the rest. Greenland is almost three times the size of the second-biggest island of New Guinea, and you could fit over 408 Guadalcanal islands within it.

In the visualization, the islands are also tinted, depending on the climate they come from. Blue islands are from the polar regions, turquoise islands lie in the temperate zones, and green islands represent the lush tropics. Which of these regions hosts the most islands?

It’s the Island Life for Many

North America dominates with 32 islands out of the top 100, but there’s a catch — twelve of them are uninhabitable, thanks to the frigid Arctic temperatures.

Throw the number of people into the mix and the regional overview gets even more interesting. Compared to the rest of the world, Asian islands are teeming with life.

Taking things a step further, we’ve remixed the visualization based on population density. 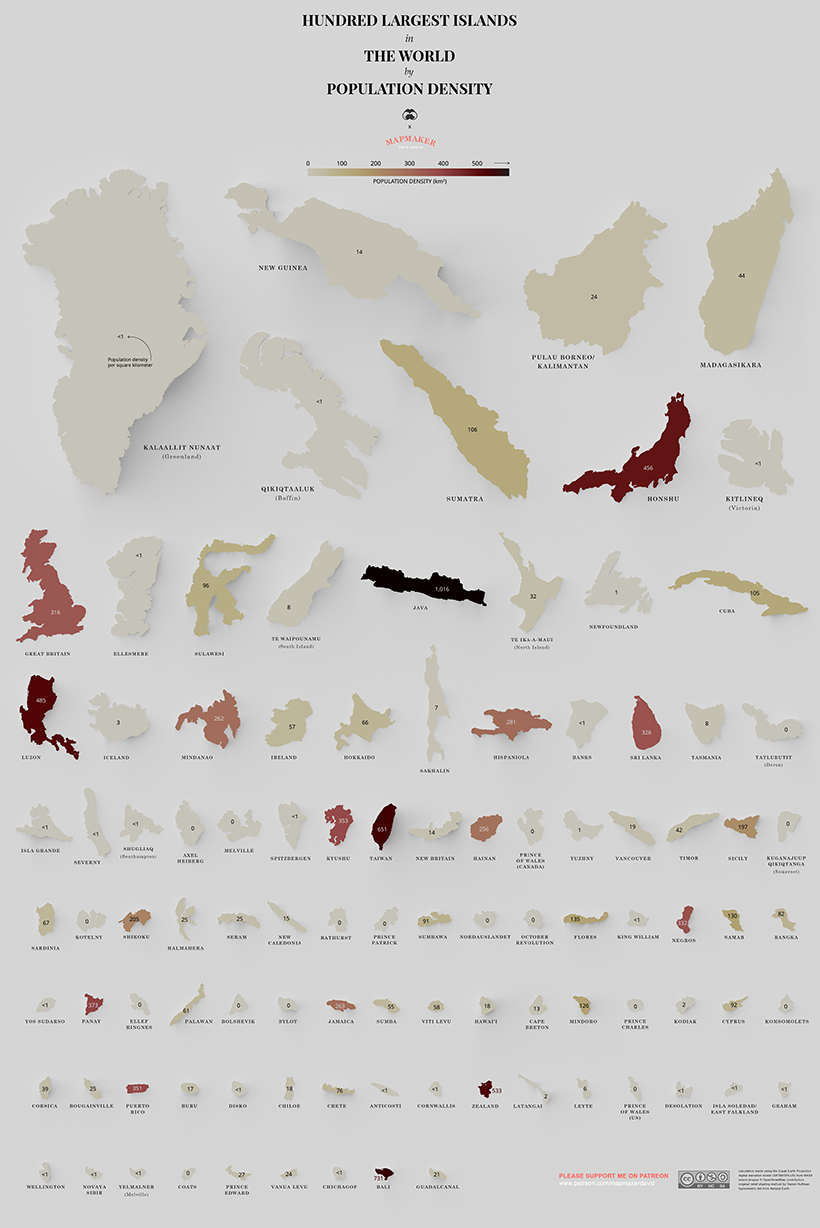 The most populated island in the world, Java is filled to the brim with 141 million people — that’s over a thousand people per square kilometer. This is in part thanks to the capital city Jakarta being located on the island, but experts warn those days may be short-lived. By 2050, scientific models predict that 95% of the city may be underwater, and that Indonesia must scramble to find a new capital.

Upon first publishing this over two years ago, the most common feedback we heard came from our friends Down Under.

In school, many Australians learned that their beloved country was an “island continent”, and naturally felt it should be included on the list of the world’s 100 biggest islands.

As with anything, there are different schools of thought on this. Upon digging deeper, we believed that Encyclopedia Britannica had a explanatory take on the issue:

“Most geographers consider islands and continents to be separate things. An island is a mass of land that is both ‘entirely surrounded by water’ and also ‘smaller than a continent.’ By that definition, Australia can’t be an island because it’s already a continent.”
–Encyclopedia Britannica

There are, of course, opposing arguments that could be had—but at least this gives some perspective on why Australia was likely excluded from this particular list.