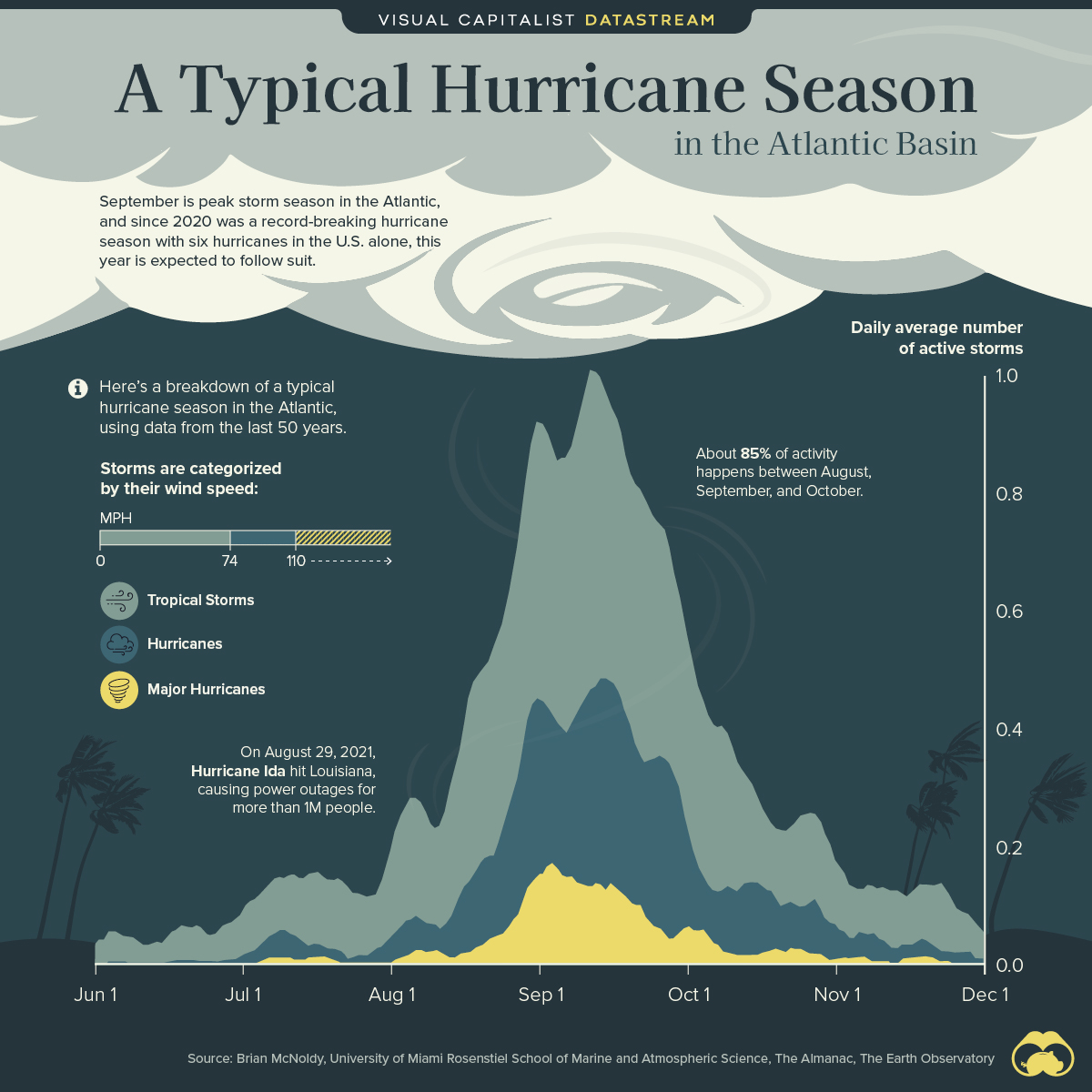 On August 29, 2021, Hurricane Ida hurled into the state of Louisiana at rapid speed. With winds of 150 mph, preliminary reports believe it’s the fifth strongest hurricane to ever hit the U.S. mainland.

As research shows, Hurricane Ida’s impact hit right at the peak of the Atlantic hurricane season. Here’s a brief explainer on the basics of hurricanes, how storms are classified, and what a typical storm season looks like in the Atlantic Basin.

Hurricanes are intense tropical storms that are classified by their wind speed. What’s the difference between a hurricane, a typhoon, and a cyclone? They’re essentially the same thing, but are named differently based on their location:

Since we’re focusing on the Atlantic, we’ll be using the term hurricane and/or storm throughout the rest of this article.

A storm needs to reach a certain wind speed before it gets classified as a hurricane. Storms with wind speeds of:

Breaking Down the Atlantic Hurricane Season

Generally, Hurricanes form in the warm ocean waters in the central Atlantic and Gulf of Mexico, following westward trade winds and curving up towards the North American mainland. Hurricanes are formed when these specific elements come into play:

The Atlantic hurricane season technically lasts six months, beginning on June 1st and ending in late November. However, 85% of activity happens between August, September, and October.

Each subregion in the Atlantic has its own unique climatology, which means peak seasons can vary from place to place—for example, south Florida sees the most hurricanes in October, while the entire Atlantic Basin’s peak season is early-to-mid September.

According to the Center of Climate Change and Energy Solutions, it’s unclear whether climate change will increase the number of hurricanes per year.

» Want to learn more about climate change? Here’s an article on The Paris Agreement: Is The World’s Climate Action Plan on Track?