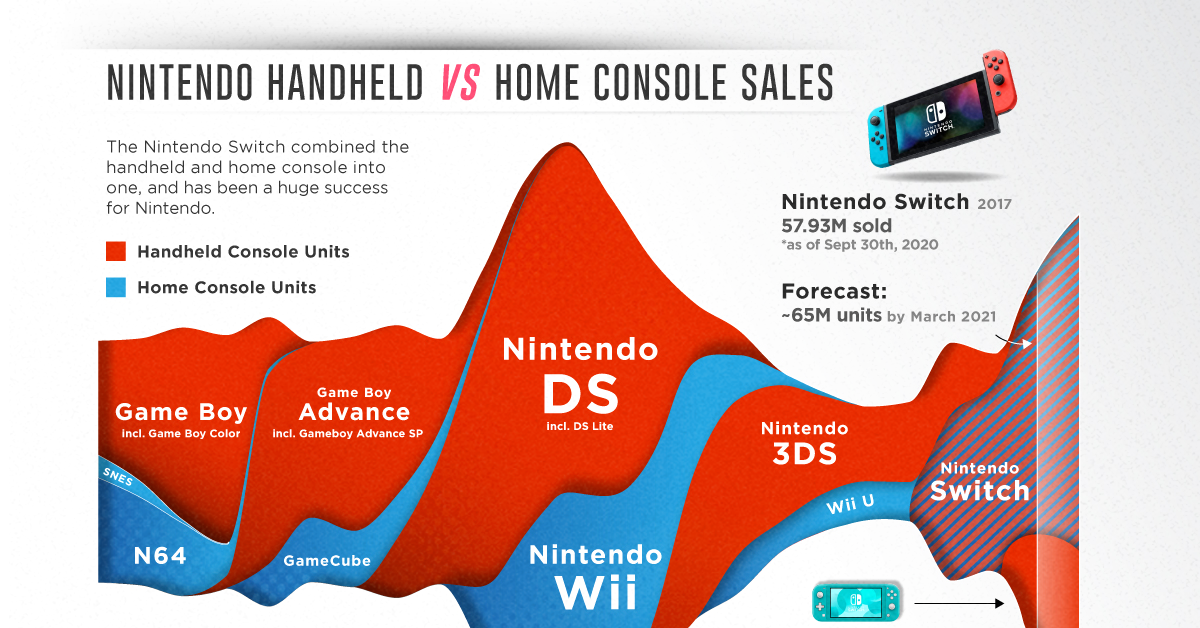 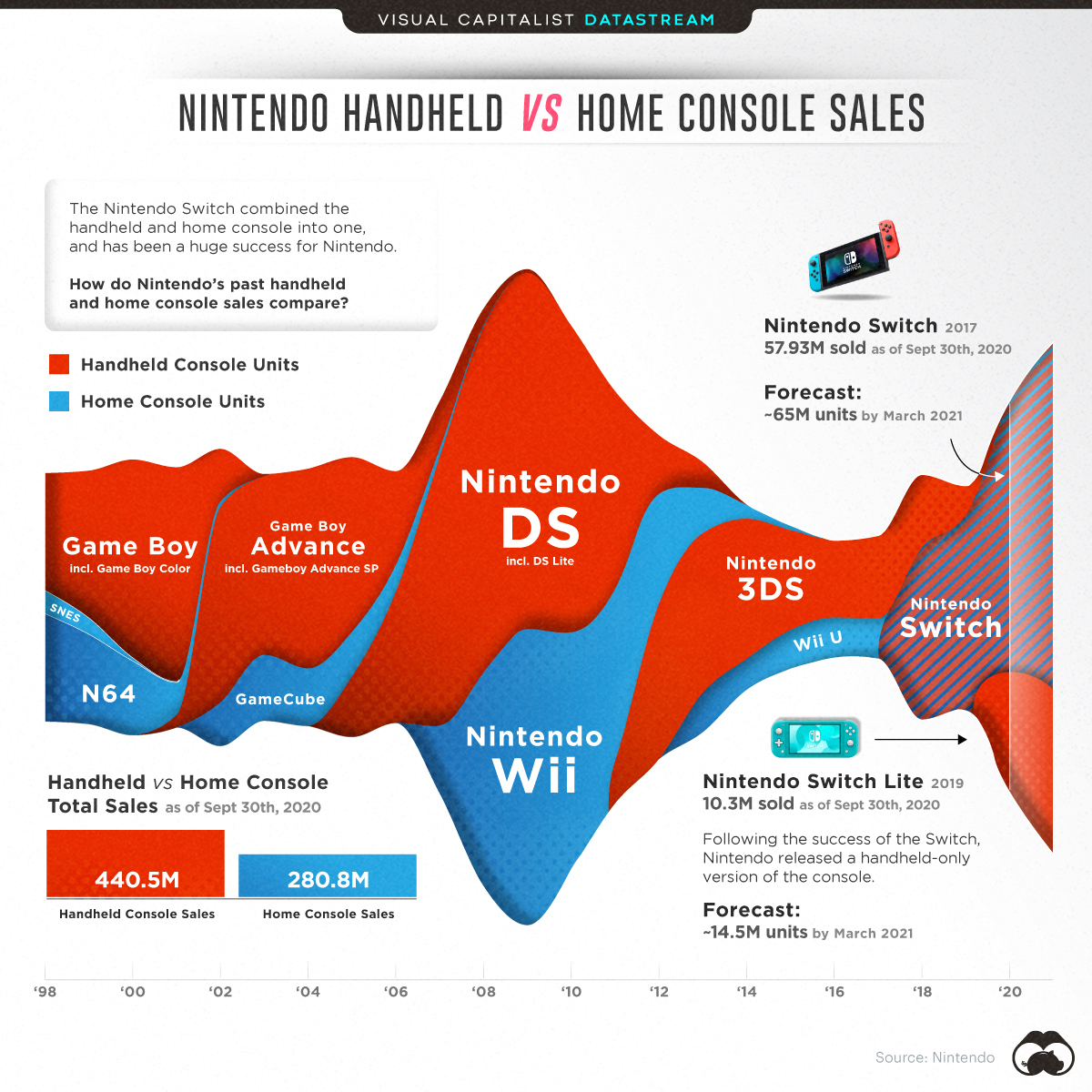 Since the release of the original Game Boy in 1989, Nintendo has dominated the handheld game console marketplace.

Since then, the company has always offered a handheld and a home console, enabling them to capture a broader audience of gamers and non-gamers.

While handheld systems have regularly outsold their home console counterparts, combining the two into the hybrid Nintendo Switch has proven profitable for Nintendo.

The Power of Portable Games

The popularity of handheld game consoles isn’t surprising when considering their lower price points and accessibility.

Nintendo’s handheld consoles typically cost about 30-50% less compared to the home console of the same generation.

The lower price point makes handhelds an easier purchase for parents, and their portability makes them a flexible entertainment option. A handheld console is an easy distraction wherever the kids are, and ensures the TV isn’t occupied when they’re gaming at home.

How the Switch Unified the Handheld and Home Console

The hybrid approach for the Nintendo Switch has proven successful, offering flexibility in how to play while bringing home console graphics and bigger budget games to the small screen.

With more than 58M units sold since release, the Switch’s popularity led to the 2019 release of the Nintendo Switch Lite, a sleeker handheld-only version which costs $100 less.

The new console’s lower price-point and color variations have helped it sell more than 10M units as of Nintendo’s latest numbers (Sept. 2020). In a financial results briefing, Nintendo noted that the Switch lite has attracted more female users, and that it was the second Nintendo Switch system for more than 40% of buyers.

While many thought the Switch Lite to be redundant considering the original’s handheld capabilities, both new and old audiences have shown there’s still an appetite for handheld-only consoles.

»If you found this article interesting, you might enjoy this full-length post on Nintendo console sales: Switch to Success: 20 Years of Nintendo Console Sales

Why Investors Are Psyched About Psychedelic Stocks