Mapped: Solar Power by Country in 2021

All the Metals We Mined in One Visualization 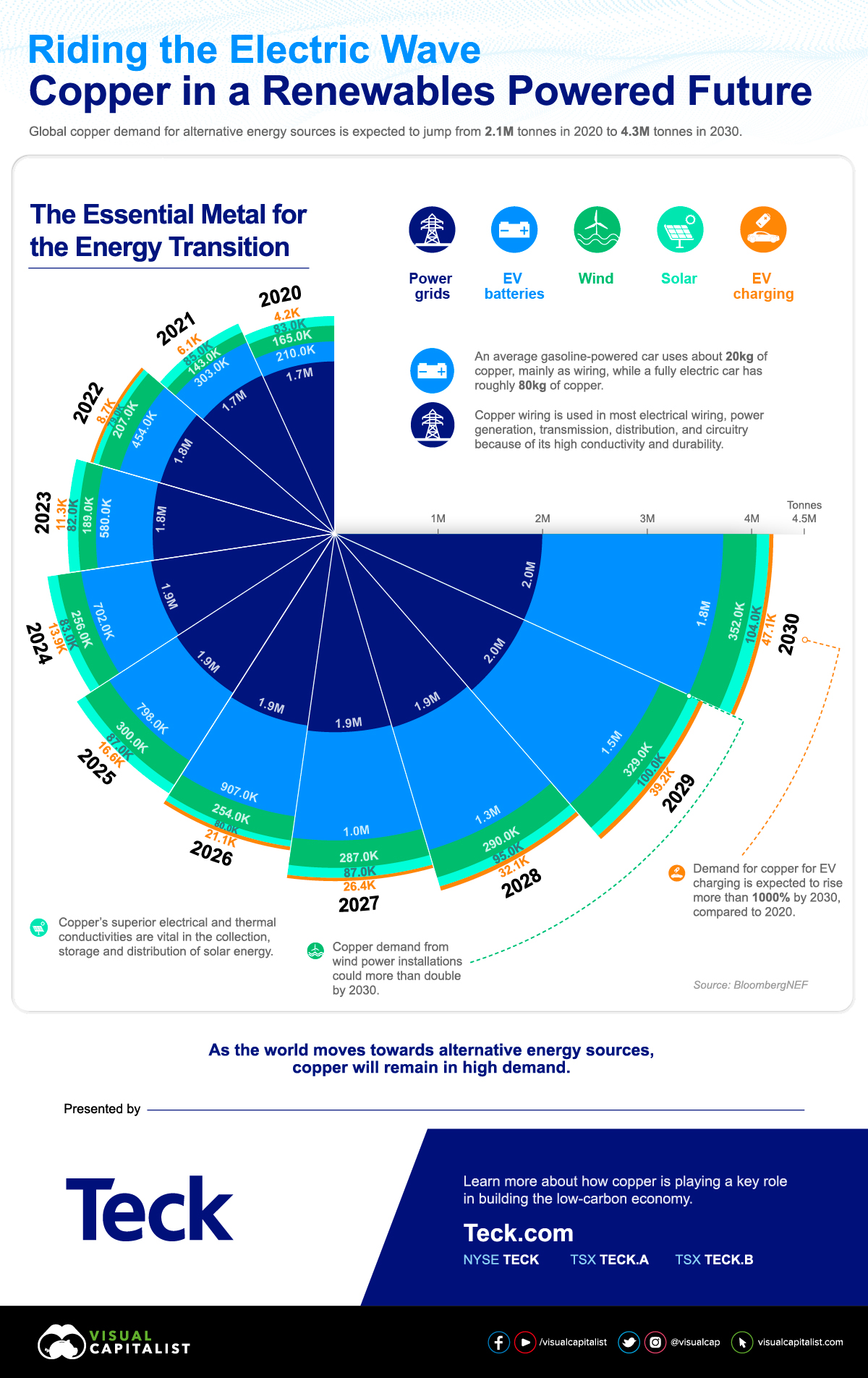 Renewable energy is considered one of the most effective tools to reduce global carbon emissions and fight climate change. However, building technologies like solar and wind power plants or electric vehicles (EVs) can be a mineral-intensive process.

Copper is considered an essential metal for renewables. The metal is highly conductive, can easily be shaped into pipes, wires, or sheets, and can remove heat far more rapidly than other metals. In fact, copper itself is a sustainable material. The metal is 100% recyclable and can be used repeatedly without any loss of performance.

The above infographic from Teck highlights how global copper demand in both the clean power and the clean transport sectors is expected to double in the next decades.

The Wind and Solar Boom

Copper has long been a common component in most electrical wiring, power generation, transmission, distribution, and circuitry because of its high conductivity and durability.

Solar isn’t the only renewable energy source that relies on copper, as a wind farm can contain between 4 million and 15 million pounds of copper.

The clean transport sector also consumes lots of copper. In fact, the metal is used in every major EV component, from the motor to the inverter and the electrical wiring.

While an average gasoline-powered car uses about 20 kg of copper, mainly as wiring, a fully electric car has roughly 80 kg of copper. Therefore, copper demand for EV batteries alone is expected to jump from 210K tonnes in 2020 to 1.8M tonnes in 2030.

But demand for the metal won’t just come from the cars themselves. Copper used for EV charging stations is also expected to rise more than 1,000% by 2030, compared to 2020.

As the world moves towards alternative energy sources, copper will remain in high demand.

Even though the metal is 100% recyclable, recycling alone will not be enough to meet demand and ensure a stable supply of copper. Continued mining for new copper will be needed.

Teck is one of Canada’s leading mining companies committed to responsibly producing copper needed for a low-carbon future.