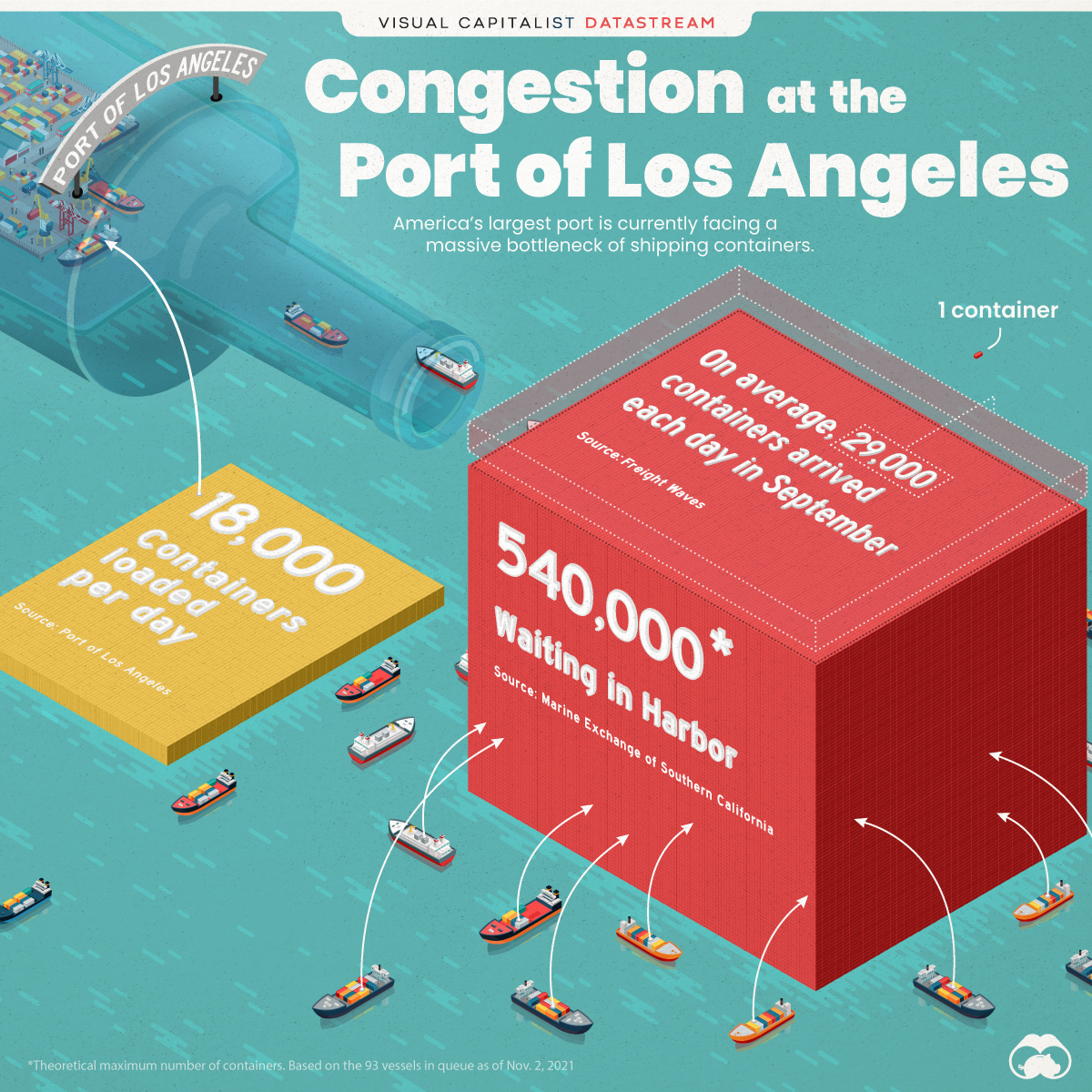 U.S. e-commerce grew by 32.4% in 2020—the highest annual growth rate in over two decades. Such rapid growth has resulted in many more goods being imported, leaving America’s western ports completely overwhelmed.

To help you understand the scale of this issue, we’ve visualized the number of containers waiting at sea in relation to the Port of Los Angeles’ daily processing capacity.

As of November 2, 2021, the Port of Los Angeles reported that it had 93 vessels waiting in queue. Altogether, these ships have a maximum carrying capacity of roughly 540,000 containers (commonly measured in twenty-foot equivalent units or TEUs).

On the other side of the equation, the port processed 468,059 import containers in September (the most recent data at the time of writing). Because the port does not operate on Sundays, we can conclude that the port can load roughly 18,000 containers each day.

That capacity seems unlikely to reduce the congestion. Over a two-week timeframe in September, 407,695 containers arrived at the Port of Los Angeles, which averages to around 29,000 containers arriving each day.

Solutions are needed to prevent the backlog from causing massive economic harm. In fact, analysts believe that up to $90 billion in trade could be delayed this holiday season.

In October, the Biden administration announced a deal to expand operations at the Port of Los Angeles, enabling it to run 24/7. The port also announced it will begin charging carriers for every container that sits idle over a grace period. While only temporary, this plan has drawn criticism for its unclear objective.

Regardless of the outcome, more permanent solutions will be required as online shopping continues to gain popularity.

Source: Marine Exchange of Southern California, Port of Los Angeles, Freight Waves
Data Note: These figures are based on approximations and should not be interpreted as exact.

How to Use the WordPress Calendar Block

What is a WordPress SideBar? 3 Ways to Use a Sidebar Effectively