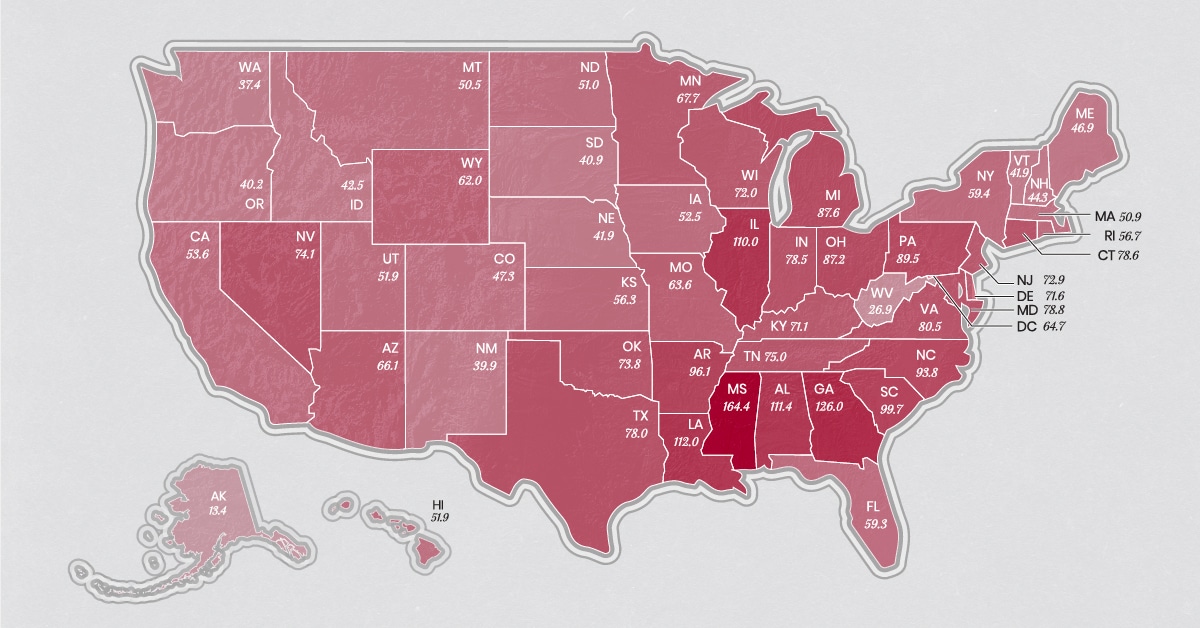 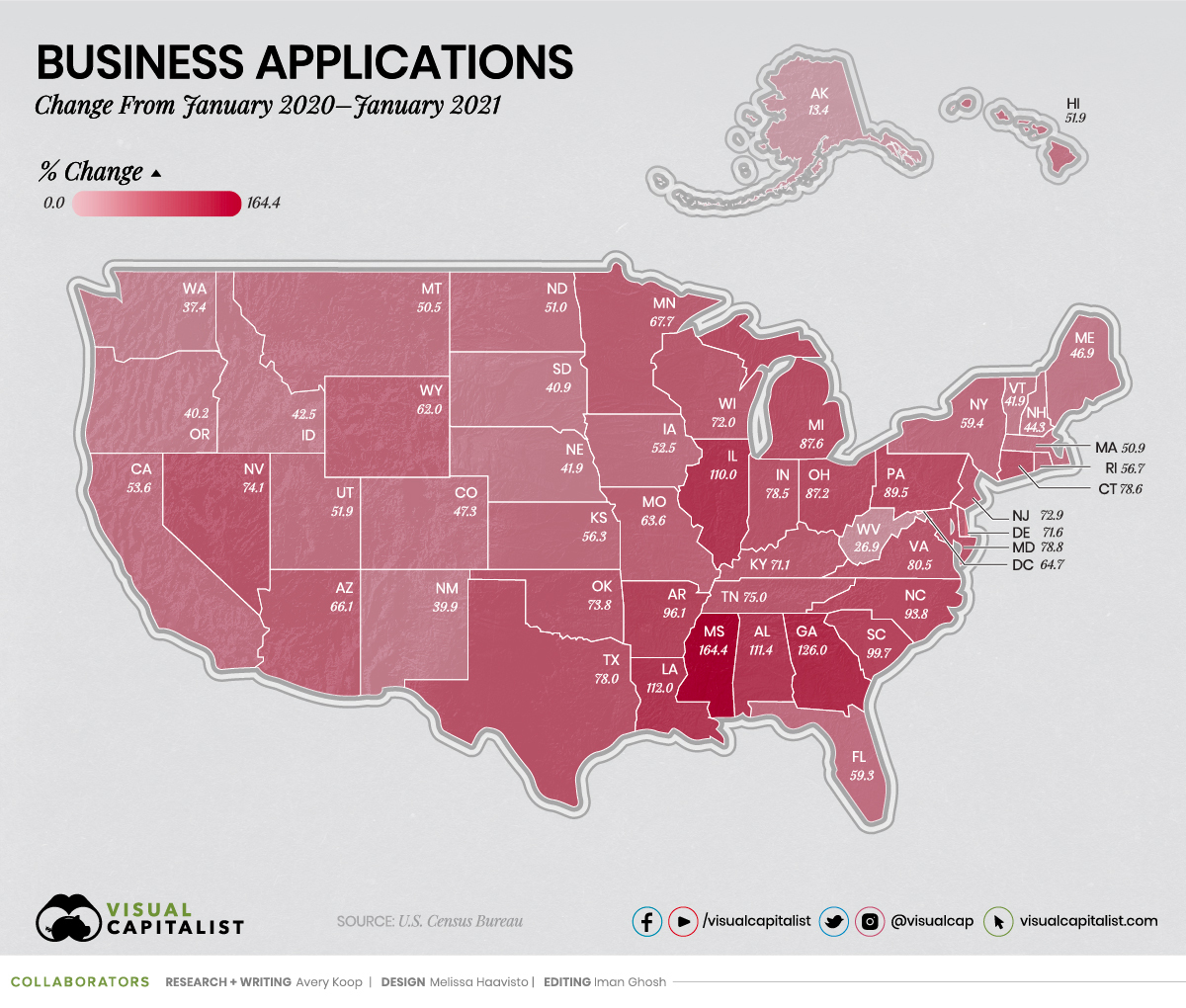 Despite the risks of opening a business during a global pandemic, new data from the U.S. Census Bureau reveals that the entrepreneurial spirit is alive and well in the United States.

Here’s a closer look at the number of total applications by state and region: 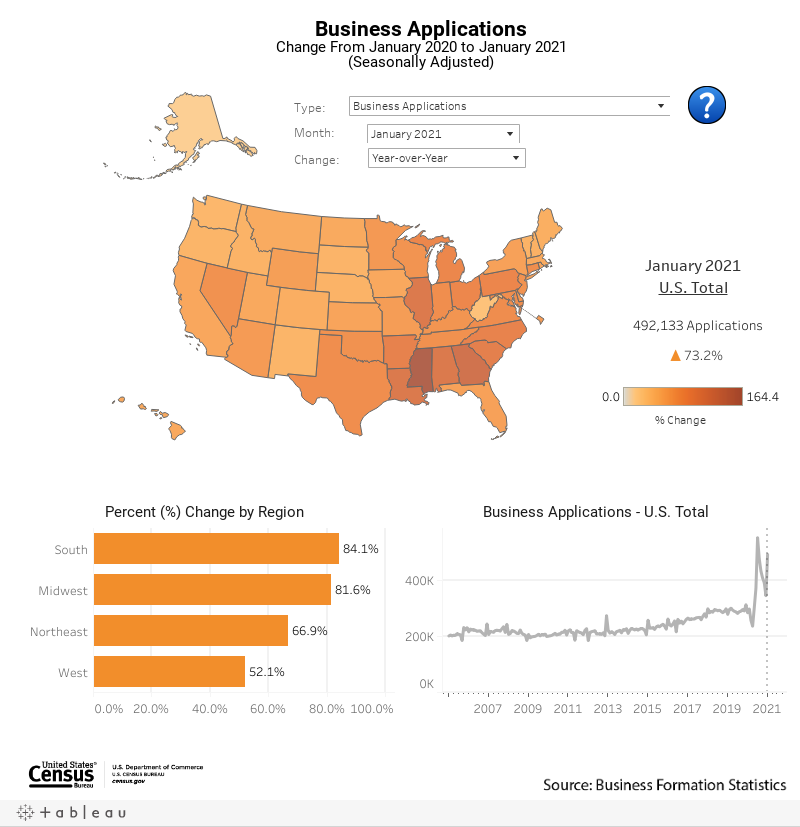 Notably, in the last month or so, there has been a sharp increase in the number of business applications, bouncing back from a dip between July and December 2020.

Note: Business applications are measured by collecting data on new applications for Employer Identification Numbers with the U.S. government.

Opportunity Out of Crisis

Prior to the pandemic, new business startups were actually on the decline, but in times of crisis there is often opportunity.

People have become wildly innovative during COVID-19, partly because they were forced to do so due to job or income loss. Economists call this ‘creative destruction,’ wherein new innovation springs up because of the failure of particular industries or businesses.

Here’s a look at new business applications by industry.

Creative destruction has been keenly exemplified in the rise of remote and digital services over traditional brick and mortar stores. In fact, the industry with the highest number of new business applications in January 2021 was retail services, mostly online, with over 101,000 applications.

As business applications are on the rise, more jobs could potentially be created in the U.S., and competition will likely increase as well. While starting a business during COVID-19 is risky, it could have immense payoffs for the individuals involved and the overall economy.

In fact, a piece from the U.S. Chamber of Commerce actually recommends specific business ideas that are ‘pandemic-friendly.’ Among many virtually-based ideas, the list includes:

Perhaps, for digitally minded entrepreneurs, there has never been a better time to start a business.

What Does Voice Search Mean for WordPress SEO?

In today’s marketing landscape, your website has become a more powerful tool than ever. Your #Website is a 24/7 salesman, and as such, it has the pote…