Visualizing All the Known Copper in the World
Advertisement

All the Metals We Mined in One Visualization

Coffee vs Tea vs Soft Drinks: What Caffeine Drinks Do Countries Prefer?

Silver Through the Ages: The Uses of Silver Over Time

The Uses of Corn: Industries Affected by High Corn Prices 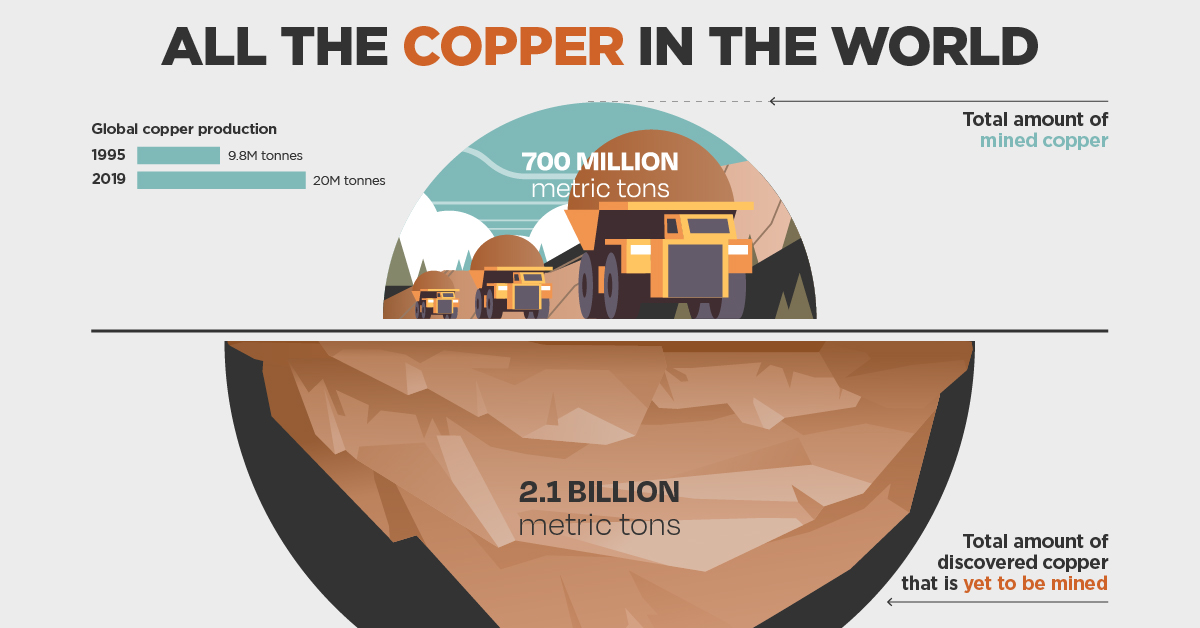 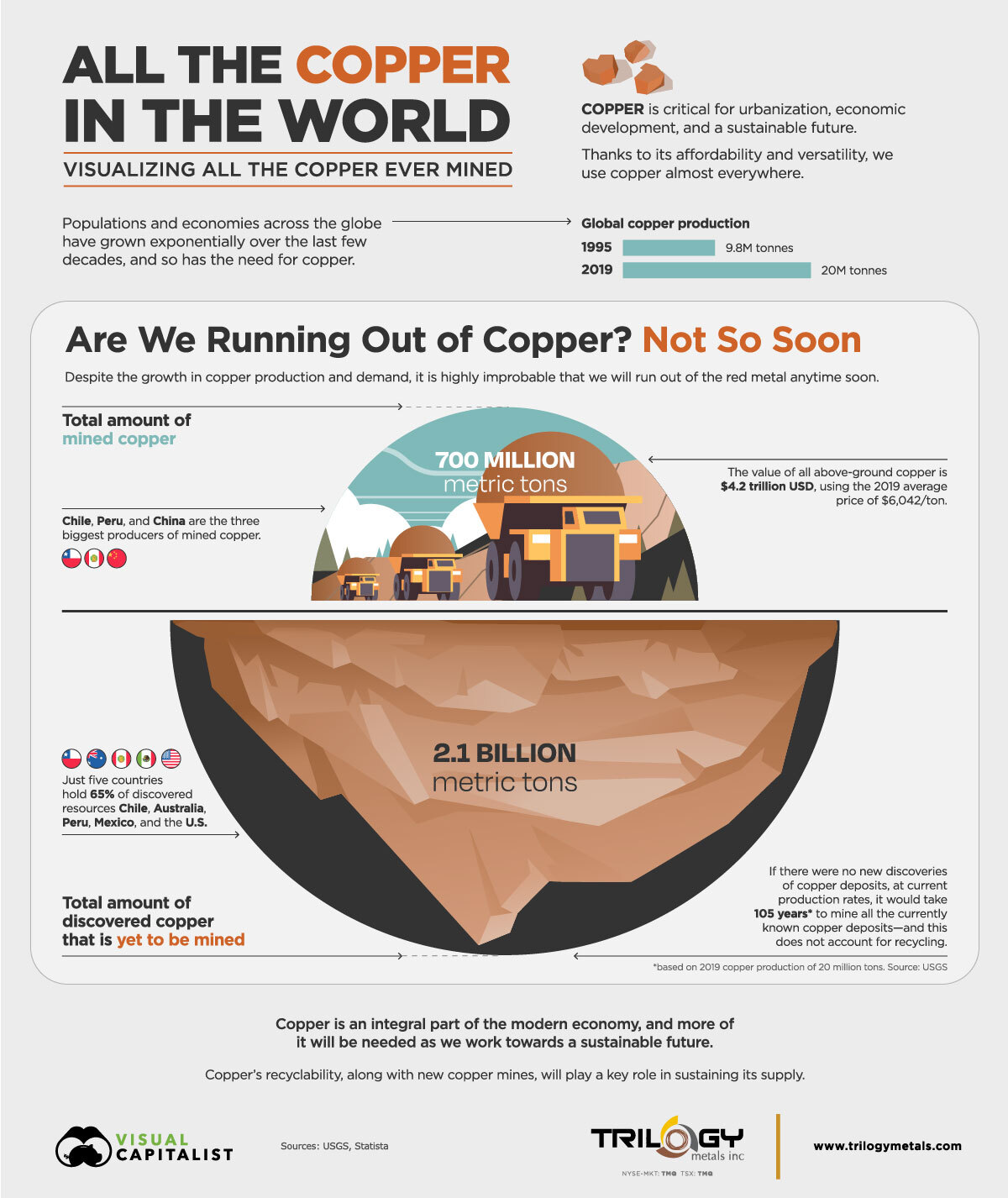 Visualizing All the Known Copper in the World

Copper has many important applications in the modern economy. From smartphones and cars, to homes and hospitals, we use the metal almost everywhere, especially with renewable energy.

Often, consumers take for granted the accessibility to modern technology without the thought of where the materials come from or their impact on the environment. The world and its resources are finite and confined by both geography and the technology used to extract resources.

As governments and economies struggle to achieve a sustainable balance between humanity’s material impact and the health of the planet, knowing the availability of resources will become a critical pivot for achieving and maintaining that balance.

Copper is one such resource—and today’s graphic from Trilogy Metals outlines all the copper ever mined and what known resources still exist on Earth.

Are we running out of copper?

A total of 700 million metric tons of copper have been mined throughout history. Based on the 2019 average price of $6,042/metric ton, that’s worth $4.2 trillion—more than the value of Apple and Amazon combined.

Chile has been the source of the majority of the world’s copper and the biggest copper mining nation. Together, Chile, Peru, and China account for 48% of current global copper production.

As we enter the era of renewable energy, electric vehicles, and see more global economic growth, the demand for copper will continue to rise. In fact, the Copper Alliance projects an increase of 50% in just the next 20 years.

Are We Running Out of Copper? Not So Soon

Although a large chunk of the Earth’s copper is already above ground, there’s still more to mine.

At current production rates, it would take about 105 years for us to use all of it and this does not even account for recycling or new discoveries. Copper is 100% recyclable, and nearly all of the 700 million metric tons of mined copper is still in circulation. With this in mind, it’s safe to say that we won’t be running out of copper anytime soon.

Despite copper’s apparent abundance, the red metal is expensive to actually get out of the ground. As a result, the supply of copper has often fallen short in meeting its rising demand. This, in addition to falling resource grades in Chile, the largest producer of copper, emphasizes the need for new discoveries and mines.

While there are known reserves of copper above the ground, the Earth remains largely unexplored because of the inability to explore for minerals in the depths of the oceans and other planets. As the readily available supply of copper becomes scarce, the incentive to mine currently uneconomic copper increases.

Most consumers take the immediate availability of materials such as copper and other metals for granted, with little thought about whether there is enough.

But it’s important to remember that these materials are as finite as the dimensions of the Earth. In this material world, understanding what is and what is not available is critical for a sustainable future here on Earth.

The post Visualizing All the Known Copper in the World appeared first on Visual Capitalist.

Styling Code In and Out of Blocks