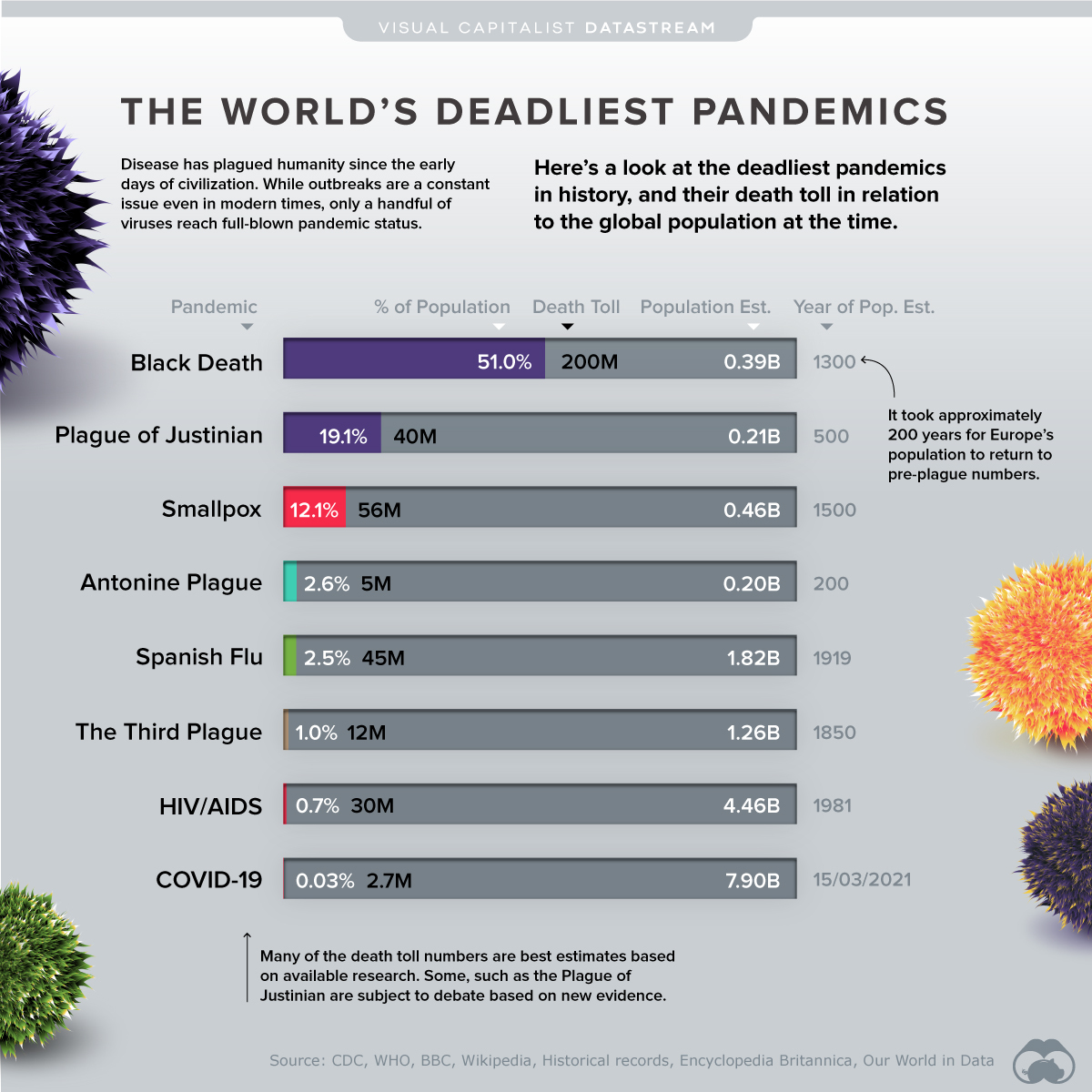 Humanity has been battling against disease for centuries.

And while most contagious outbreaks have never reached full-blown pandemic status, there have been several times throughout history when a disease has caused mass devastation.

Here’s a look at the world’s deadliest pandemics to date, viewed from the lens of the impact they had on the global population at the time.

Editor’s note: The above graphic was created in response to a popular request from users after viewing our popular history of pandemics infographic initially released a year ago.

Death Toll, by Percent of Population

In the mid-1300s, a plague known as the Black Death claimed the lives of roughly 200 million people—more than 50% of the global population at that time.

Here’s how the death toll by population stacks up for other significant pandemics, including COVID-19 so far.

The specific cause of the Black Death is still up for debate. Many experts claim the 14th-century pandemic was caused by a bubonic plague, meaning there was no human-to-human transmission, while others argue it was possibly pneumonic.

History Repeats, But at Least We Keep Learning

While we clearly haven’t eradicated infection diseases from our lives entirely, we’ve at least come a long way in our understanding of what causes illness in the first place.

What will we discover next, and how will it impact our response to disease in the future?

»Like this? Check out our full-length article The History of Pandemics

Source:CDC, WHO, Johns Hopkins University, Encyclopedia Britannica, Historical Records
Notes: Many of the death toll numbers are best estimates based on available research. Some, such as the Plague of Justinian, are subject to debate based on new evidence

Web Stories – a New Trend To Showcase Your Content!