Ranked: These Are 10 of the World’s Least Affordable Housing Markets

Poll: Inflation is the Top Financial Concern for Americans

Visualizing Companies with the Most Patents Granted in 2021

Russia Has Been Suspended From the UN Human Rights Council

How Much Prime Real Estate Could You Buy for $1 Million?

The Surge in Climate Risk Reporting

Visualizing Apple’s Rise to the Top of the Gaming Business 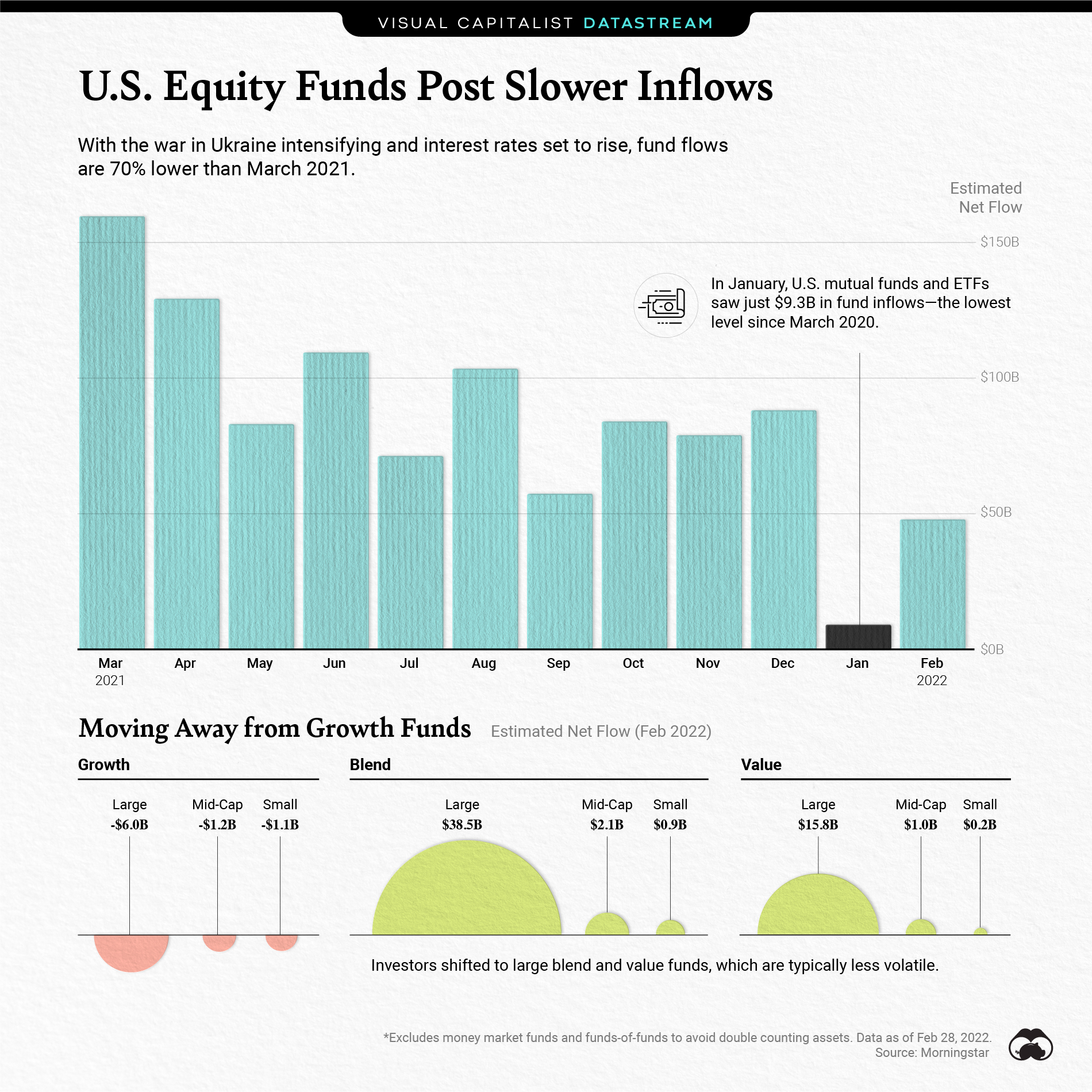 Investors are bracing for several interest rate hikes amid a Russia-Ukraine war.

With data from Morningstar, we show how the invasion of Ukraine and a rising rate environment has affected U.S. equity fund flows.

In January, investors shed a record $23 billion from large growth funds, the highest level since 2017. This trend continued in February as investors sought out lower-risk investments.

Growth stocks historically tend to outperform when interest rates are declining. When the price of capital is low, companies borrow and expand operations at a lower cost.

The reverse is true when rates rise, putting pressure on corporate earnings and equity valuations. In March 2022, the Fed raised interest rates for the first time since 2018.

Growth funds also tend to be more volatile during market selloffs. So far in 2022, the Cboe Volatility Index (VIX) is up more than 40%.

Unlike growth funds, value funds tend to outperform when interest rates are rising. Over the last decade, growth funds, marked by low-margins and high valuations have shown stronger performance than value.

As investors veer away from growth sectors, they are flocking to safer assets, like money market funds as the humanitarian crisis in Ukraine unfolds.

How Much Prime Real Estate Could You Buy for $1 Million?

How to Turn Your Divi Testimonial Module Sticky