How to Invest in the Booming Chip-Tech Industry

Ranked: The Most Innovative Companies in 2021 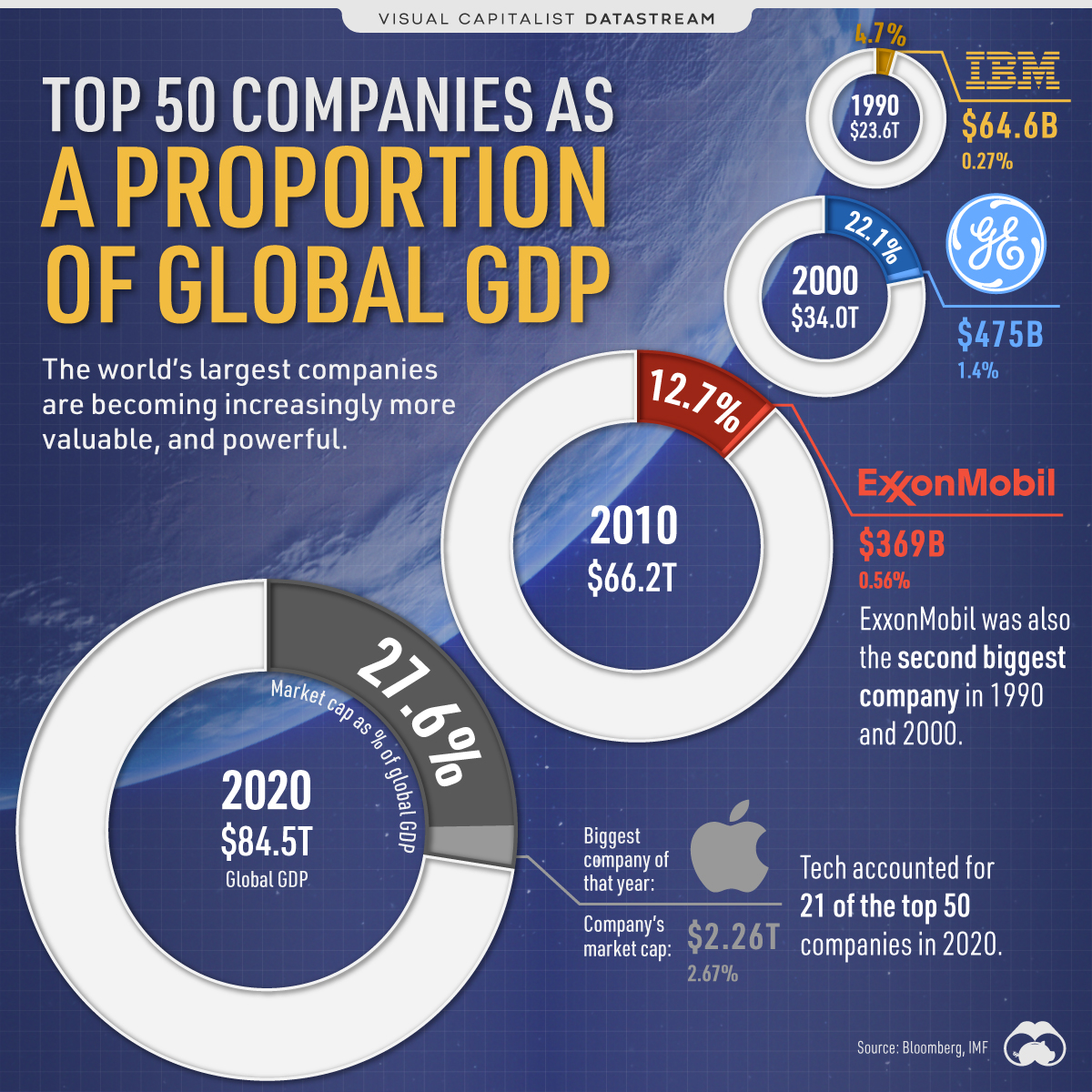 Though the world’s top 50 companies change year-to-year, there’s also a lot of overlap.

Which Companies Dominated Each Decade?

Fast forward to 2020, and tech accounted for 42% of the top 50 companies in the world. It also plays a more prominent role on the high end of the spectrum, as six of 2020’s seven largest companies were tech-based, with only oil giant Saudi Aramco the odd one out.

Though digitization is a primary driver of current economic growth, will these trends remain steady in 10 or more years from now? Or will companies from other booming industries such as green energy take over the leaderboard?

Ranked: The Most Innovative Companies in 2021