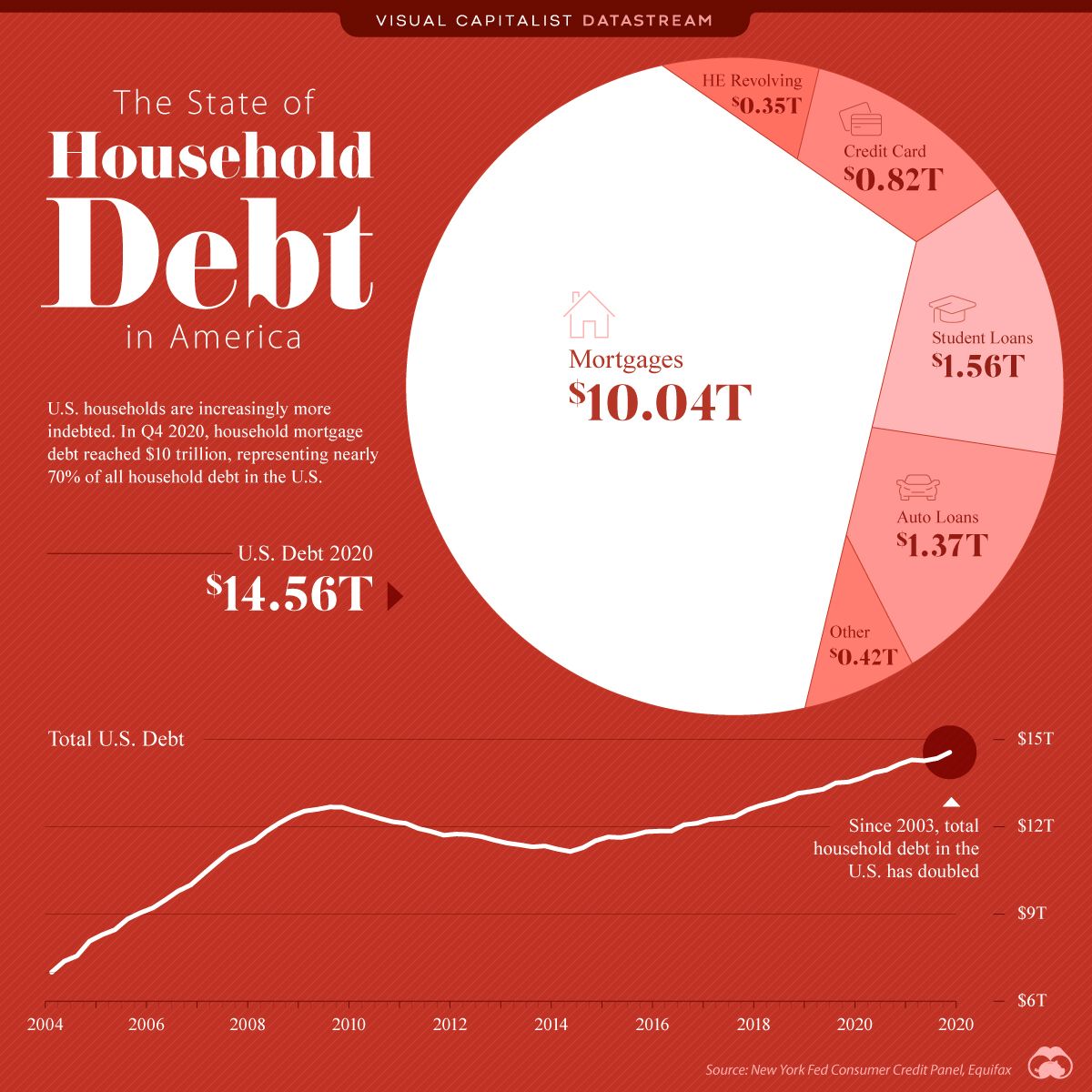 The State of Household Debt in America

Here’s how the various forms of U.S. household debt compare.

A fundamental driver of mortgage activity is interest rates. Given the two variables tend to have an inverse relationship with one another, interest rates have a big impact on the affordability of housing. As long as U.S. interest rates remain near 200-year lows, its likely mortgages will maintain at elevated levels.

The second-largest form of debt is student loans. Although not quite the size of mortgages in raw dollars, student debt is the fastest growing as a percentage, having shot up 550% from 2003 to 2020.

The topic of debt is highly discussed in today’s political and economic climate. That’s largely because debt has risen on all fronts to unprecedented levels. For example, the U.S. national debt has recently passed $27 trillion while corporate debt stands at $10.5 trillion.

Throw the aforementioned household debt into the mix and you have a $52 trillion debt pile. That’s a big bill to pay.

The post The State of Household Debt in America appeared first on Visual Capitalist.