What is Persona Mapping? 4 Tips to Create Your Map

Why Does Google Replace Page Titles? via @sejournal, @MattGSouthern

How to Set Up Online Ordering for Your Restaurant Using WooCommerce

Quick and Easy Fixes for DNS_PROBE_FINISHED_NXDOMAIN Errors in Chrome


End-to-end encrypted email service provider ProtonMail has drawn criticism after it ceded to a legal request and shared the IP address of anti-gentrification activists with law enforcement authorities, leading to their arrests in France.

The Switzerland-based company said it received a “legally binding order from the Swiss Federal Department of Justice” related to a collective called Youth for Climate, which it was “obligated to comply with,” compelling it to handover the IP address and information related to the type of device used by the group to access the ProtonMail account.

On its website, ProtonMail advertises that: “No personal information is required to create your secure email account. By default, we do not keep any IP logs which can be linked to your anonymous email account. Your privacy comes first.” 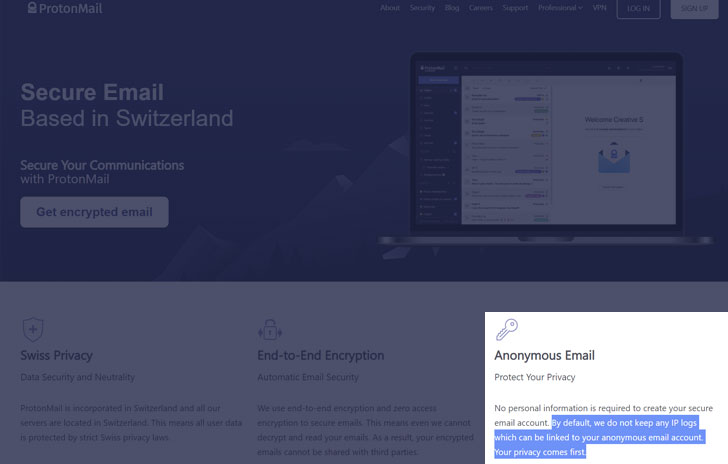 Despite its no IP logs claims, the company acknowledged that while it’s illegal for the company to abide by requests from non-Swiss law enforcement authorities, it will be required to do so if Swiss agencies agree to assist foreign services such as Europol in their investigations.

“There was no possibility to appeal or fight this particular request because an act contrary to Swiss law did in fact take place (and this was also the final determination of the Federal Department of Justice which does a legal review of each case),” the company said in a lengthy response posted on Reddit.

Put simply, ProtonMail will not only have to comply with Swiss government orders, it will be forced to hand over data when individuals use the service to engage in activities that are deemed illegal in the country.

“Proton must comply with Swiss law. As soon as a crime is committed, privacy protections can be suspended and we’re required by Swiss law to answer requests from Swiss authorities,” ProtonMail founder and CEO Andy Yen tweeted, adding “It’s deplorable that legal tools for serious crimes are being used in this way. But by law, [ProtonMail] must comply with Swiss criminal investigations. This is obviously not done by default, but only if legally forced.”

If anything, ProtonMail users who are concerned about the visibility of their IP addresses should use a VPN or access the email service over the Tor network for additional anonymity.

“The prosecution in this case seems quite aggressive. Unfortunately, this is a pattern we have increasingly seen in recent years around the world (for example in France where terror laws are inappropriately used),” the company said.

“Digital marketing is filled with opportunities for brands with the right mindset and technology. But too few firms are there yet. There are six tren…