Pandemic Proof: The Most Loved Brands of COVID-19

Marketing vs. Advertising: How to Maximize Your Acquisition Efforts

What is Comparative Advertising? [+ Examples]

How to Create an Advertising Proposal [Free Template]

The Ultimate Guide to Advertising in 2021

The Top 50 Most Valuable Global Brands 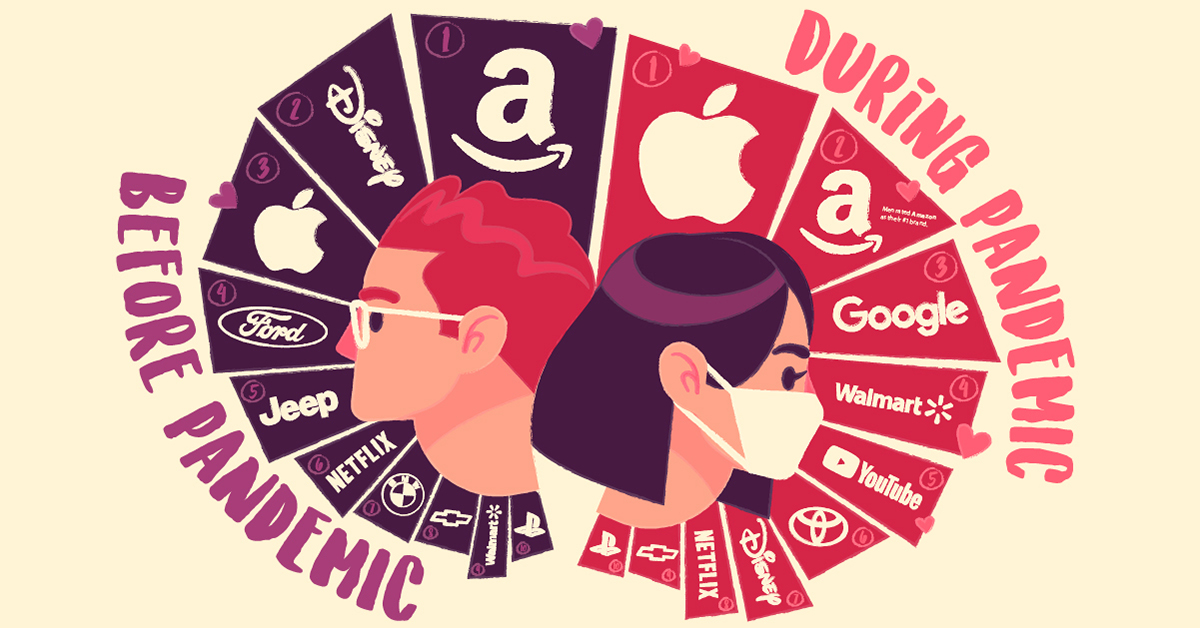 Marketers may still “sell the sizzle” and not the steak, but shifts in the media landscape and consumer behavior mean that advertisers must constantly adapt their media strategies.

In the above infographic from Raconteur, we can take a closer look at how global advertising spend has evolved over recent decades across the media sphere.

In advertising, dollars go where the eyeballs are.

Recently, all eyes have been on the digital realm—a trend that coincided with the disastrous fall of the print industry. As people mass-migrated to digital platforms in the 2010s, marketers were hot on their heels, and the fall of print media began.

In 2014, TV ad spend met a similar fate, peaking at nearly $250 billion. However, despite its rather sharp decline, TV still remains the largest in terms of global advertising spending.

The demise of the newspaper is shown dramatically in the above graphic, beginning in 2007 before the financial crisis, and correlating with the ascent of search engine ad spend. Peaking at $125 billion before the social media boom, newspaper advertising has never recovered.

Winners in a Digital World

In less than five years, internet ad spend nearly doubled: $299 billion was spent on global internet advertising in 2019 compared to $156 billion in 2015.

Comparing all digital display ad spend in isolation with TV and newspaper, we can see the continued significance of the shift to digital, and how it’s projected to continue. 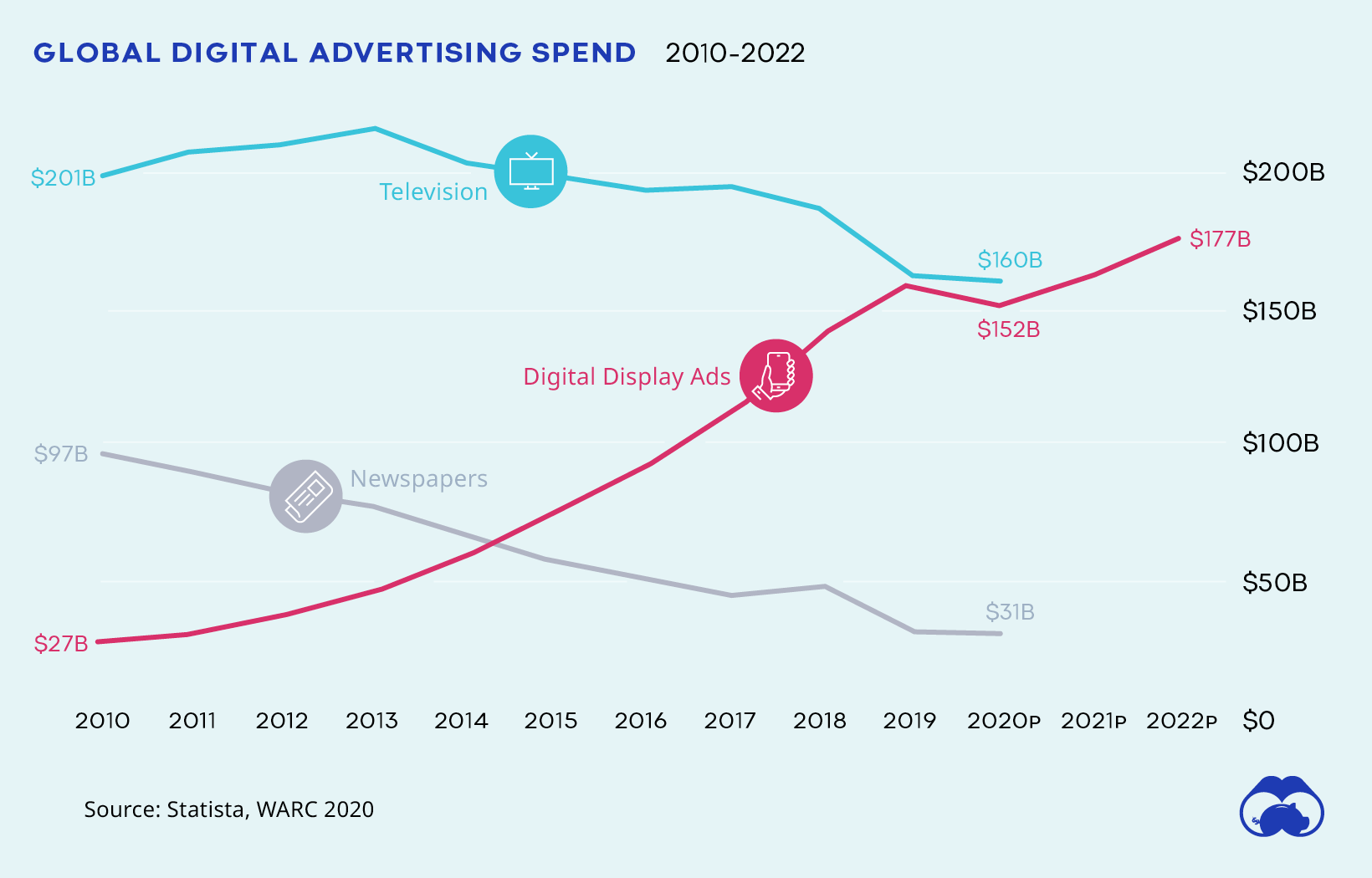 Looking at the main visualization, it’s clear that budgets have shifted, with digital channels now accounting for more than half of total advertising spend.

Although digital spending is up across the board, search engine ad spend began to plateau in the late 2010s, while social and ecommerce mediums both continue to rise. Impressively, between 2012 to 2020, the percentage of U.S. senior marketing budgets allocated to social media more than doubled, ballooning from almost 9% to nearly 21%.

“People share, read and generally engage more with any type of content when it’s surfaced through friends and people they know and trust”

Advertisers aren’t the only ones spending money online. More than $183 billion is expected to be spent online by consumers as a result of the 2020 pandemic.

It’s not only that people have shifted their focus from analog to digital. They are also spending many of their waking hours in front of a screen.

As a result of COVID-19 lifestyle shifts, time spent watching digital video is expected to increase. According to eMarketer, digital video spiked among UK adults during the pandemic—to 2.75 hours, and almost by 30 minutes daily in total video and TV screen time. 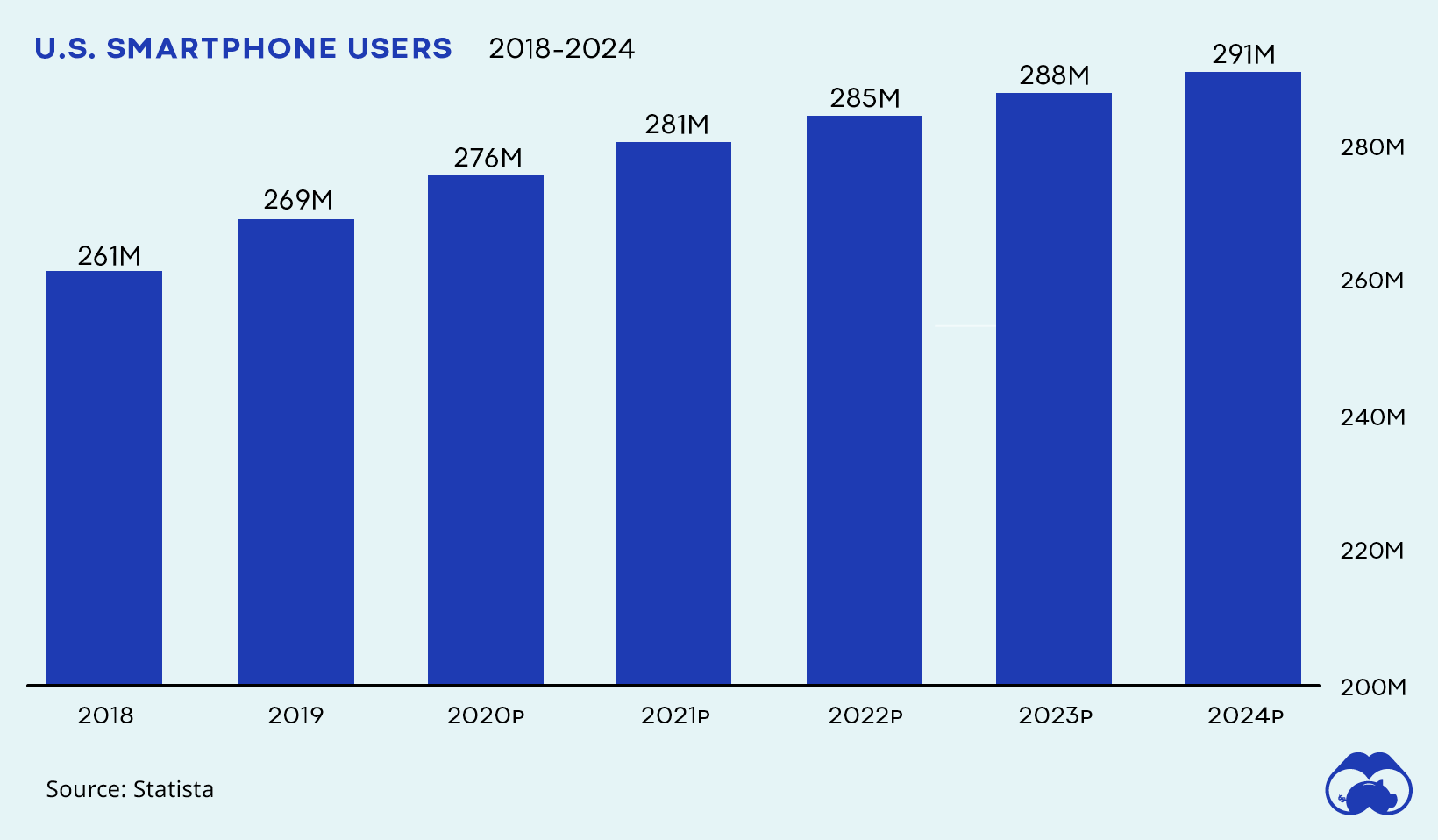 In China, smartphone usage has almost doubled in 5 years—and is predicted to surpass 3.4 hours a day by 2022. Statista estimates there will be 1.13 billion smartphone users in China by 2025, making up nearly 14% of the world’s population by 2025.

As billions of users spend hundreds of hours with their small screens every year, it’s possible that mobile-based ad spend—including uber-popular apps like TikTok—will become even more commonplace.

The Digital Future is Now

As a result of the pandemic, it is projected that global advertising spending could fall by 8.1% this year. However, 53% of all global ad spend is expected to flow online. And the rise of search, social media, video, ecommerce—in contrast to TV and print—becomes clearer.

Although search ad spend recently plateaued, its rise over the last decade has been dramatic. With digital content consumption doubling since the pandemic began, the growth of social, e-commerce, and search ad spend are likely to continue.

If these trajectories are any indication, advertising budgets will only be getting more digital.