Mapped: The Wealthiest Billionaire in Each U.S. State
Advertisement

How Does the Bill and Melinda Gates Foundation Invest Its Money? 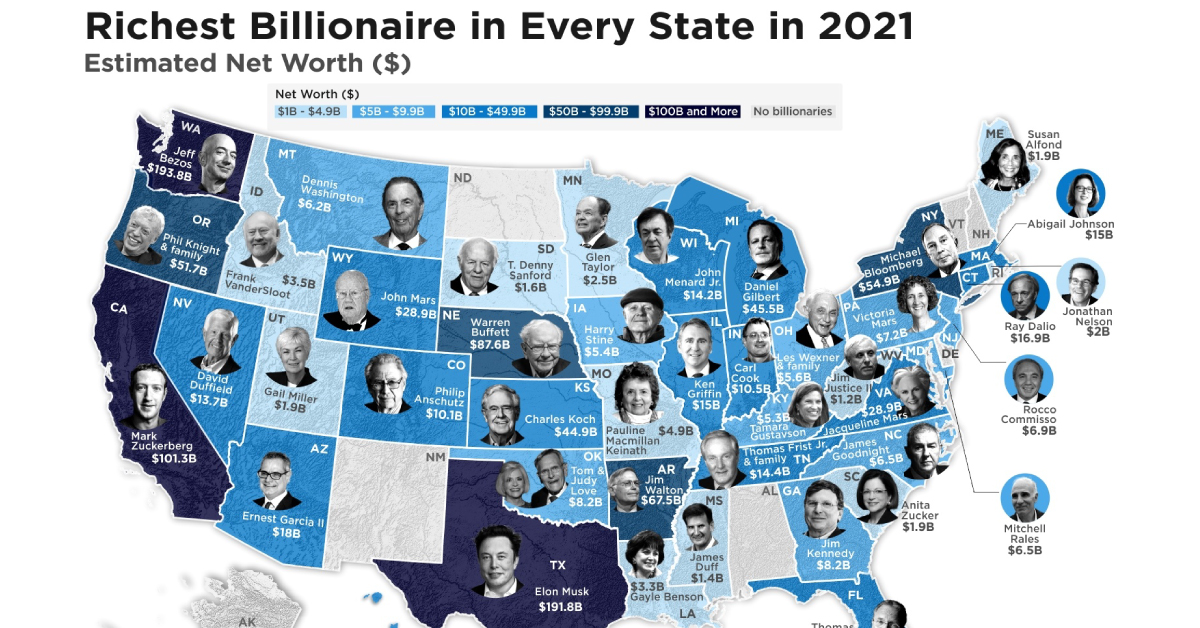 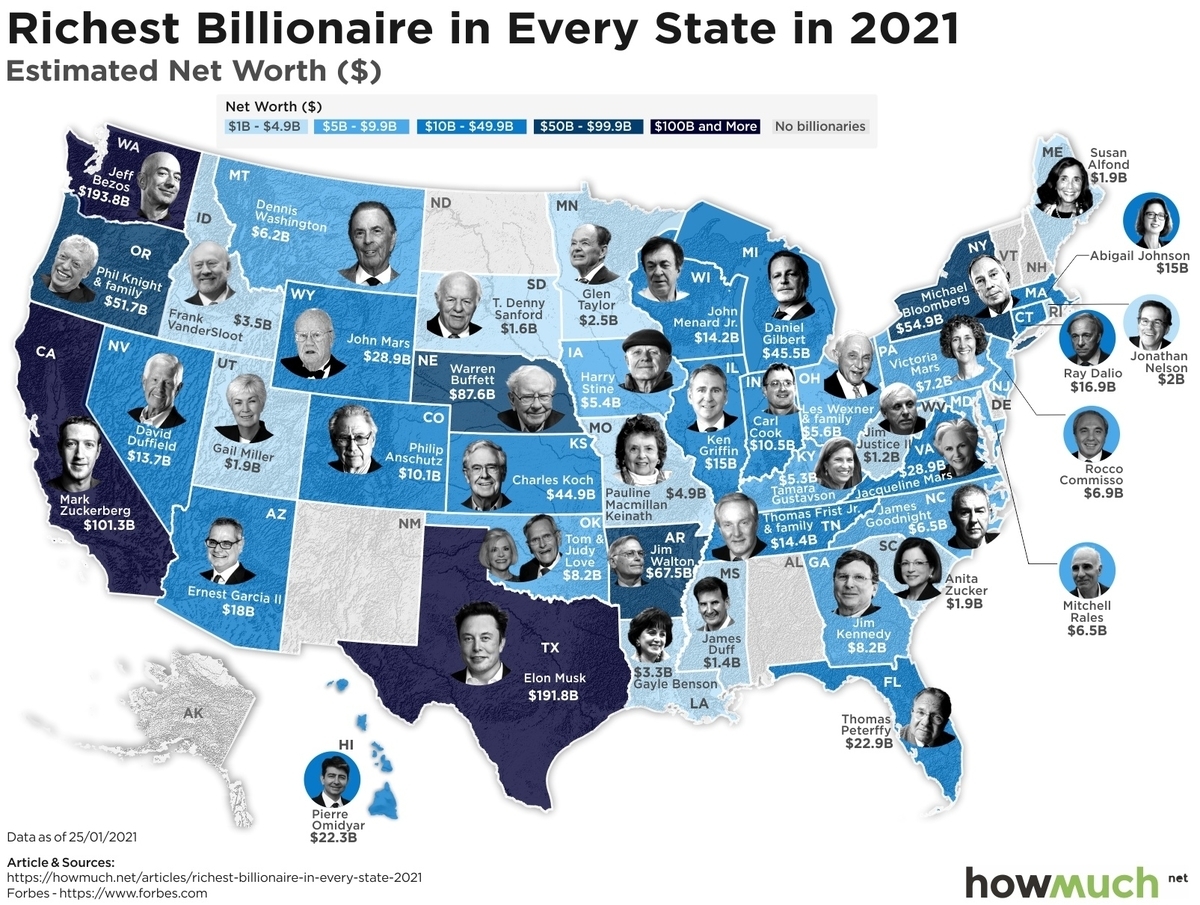 Mapping the Wealthiest Billionaires in Each U.S. State

It is a testament to the burgeoning wealth of the U.S. that there is a billionaire in nearly every U.S. state. The country is home to around 800 billionaires among its 330 million people.

This map from HowMuch.Net reveals the wealthiest billionaire in each U.S. state.

The Richest of the Rich

Billionaires are a constant across the United States. The only states that don’t house one of these high-net-worth individuals are: Alabama, New Mexico, North Dakota, Alaska, Vermont, New Hampshire, Rhode Island, and Delaware.

Here’s a further breakdown that shows the wealthiest billionaire in each U.S. state:

Among the richest of the rich in the U.S., most are men, but there are 10 female billionaires who are the wealthiest in their respective states.

Jeff Bezos is worth an astounding $193.8 billion. Amazon became increasingly successful during the pandemic, as lockdown orders caused many people to have to stay home and shop online rather than in stores.

The runner up, Elon Musk, is worth $191.8 billion. The recent boom in Elon Musk’s net worth was due to the sharp rise in Tesla’s share prices. Recently, Elon Musk shifted his residence to the state of Texas, a move which is indicative of a larger trend of internal migration away from America’s most pricey urban areas.

Many of these individuals have actually become more wealthy during the COVID-19 pandemic, widening the existing gap of wealth inequality within the country.

Together Jeff Bezos, Elon Musk, Mark Zuckerberg, Bill Gates, and Warren Buffet (the five richest American billionaires) experienced a collective 85% increase in their wealth since the pandemic took hold. This equates to an added $303 billion in wealth.

In contrast, the median wealth of American households is about $121,700, and due to COVID-19, there has been a rising inability to cover bills and a risk of mass home loss in the country.

Overall, while we rely on companies like Amazon for our socially-distanced shopping and Facebook to keep us connected during the pandemic, Jeff Bezos and Mark Zuckerberg will likely continue to accrue immense fortunes. The wealthiest billionaires in the U.S. are likely to continue growing their net worth, pandemic or not, and have been consistently outpacing the lower to upper-middle income groups.

The post Mapped: The Wealthiest Billionaire in Each U.S. State appeared first on Visual Capitalist.