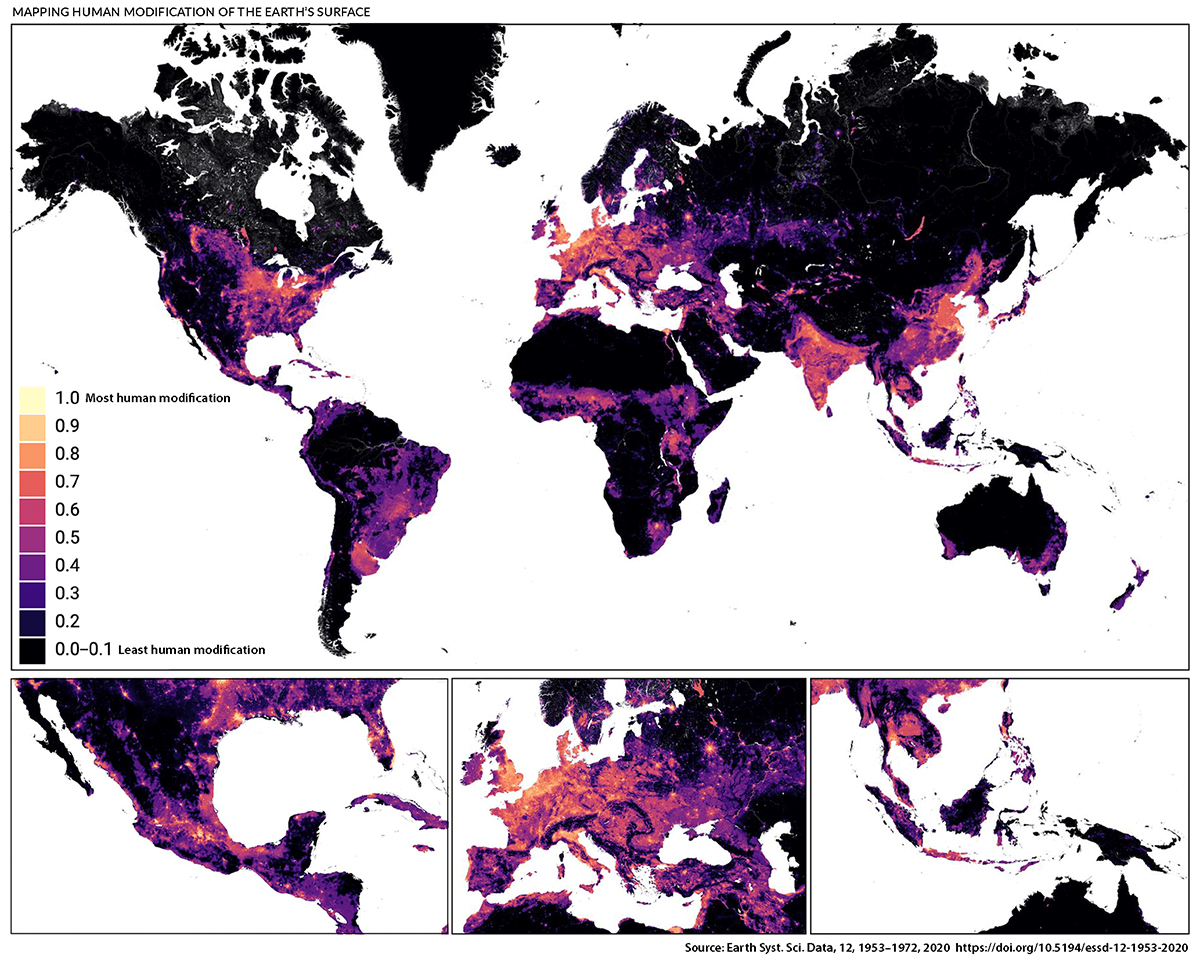 With human population on Earth approaching 8 billion (we’ll likely hit that milestone in 2023), our impact on the planet is becoming harder to ignore with each passing year.

Our cities, infrastructure, agriculture, and pollution are all forms of stress we place on the natural world. This map, by David M. Theobald et al., shows just how much of the planet we’ve now modified. The researchers estimate that 14.6% or 18.5 million km² of land area has been modified – an area greater than Russia.

Human impact on the Earth’s surface can take a number of different forms, and researchers took a nuanced approach to classifying the “modifications” we’ve made. In the end, 10 main stressors were used to create this map:

A Closer Look at Human Impact on the Earth’s Surface

To help better understand the level of impact humans can have on the planet, we’ll take a closer look three regions, and see how the situation on the ground relates to these maps.

Almost all of Egypt’s population lives along the Nile and its delta, making it an interesting place to examine land use and human impact. 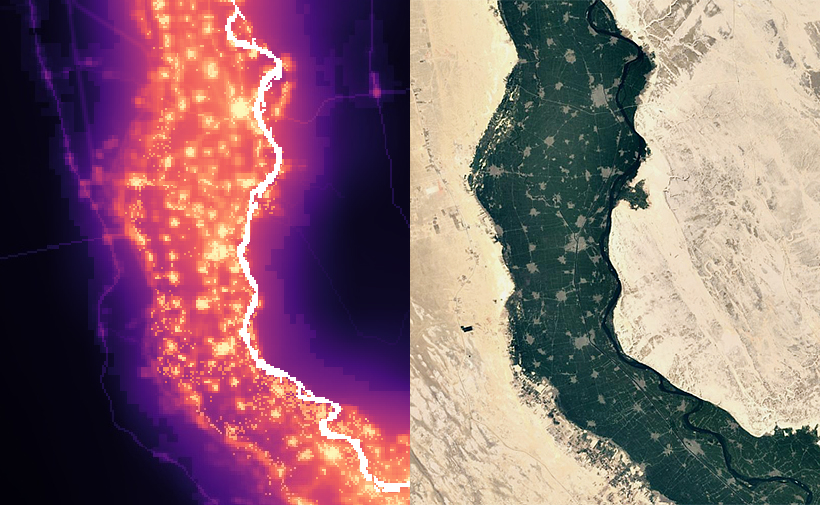 The towns and high intensity agricultural land following the river stand out clearly on the human modification map, while the nearby desert shows much less impact.

The Netherlands has some of the heavily modified landscapes on Earth, so the way it looks on this map will come as no surprise. 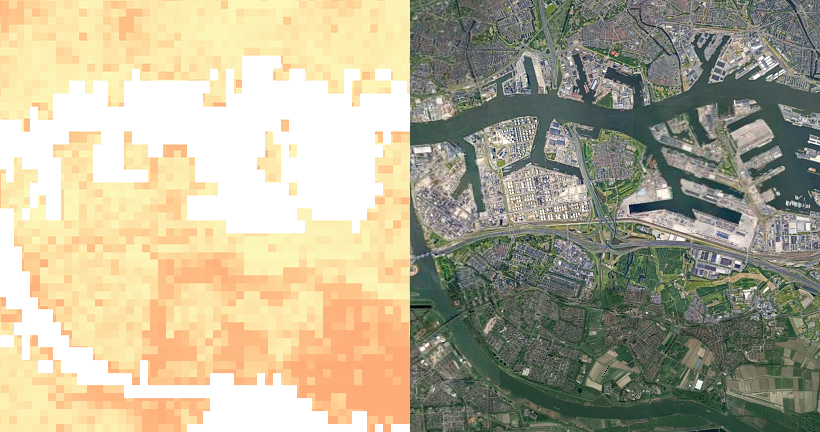 The area shown above, Rotterdam’s distinctive port and surround area, renders almost entirely in colors at the top of the human modification scale.

It isn’t just cities and towns that show up clearly on this map, it’s also the areas we extract our raw materials from as well. This mountainous region of West Virginia, in the United States, offers a very clear visual example. 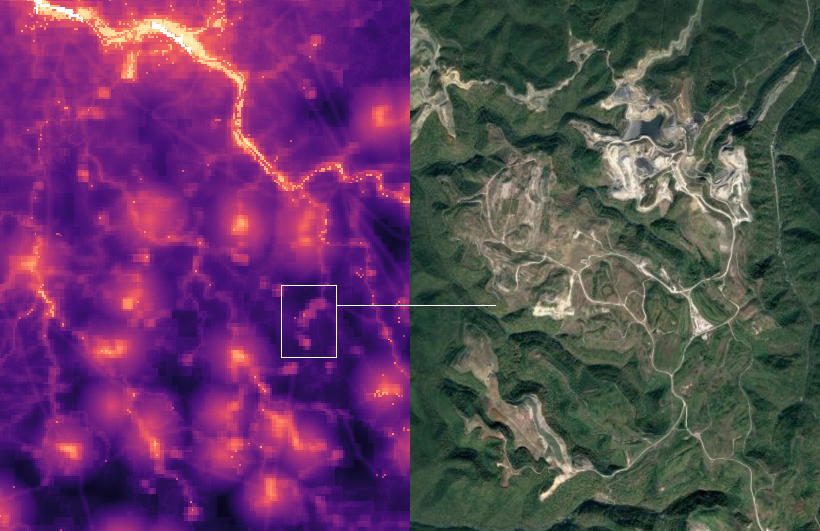 The mountaintop removal method of mining—which involves blasting mountains in order to retrieve seams of bituminous coal—is common in this region, and mine sites show up clearly in the map.

You can explore the interactive version of this map yourself to view any area on the globe. What surprises you about these patterns of human impact?

Ask the Bartender: What Happens to the Customizer When a Block Theme Is Active?