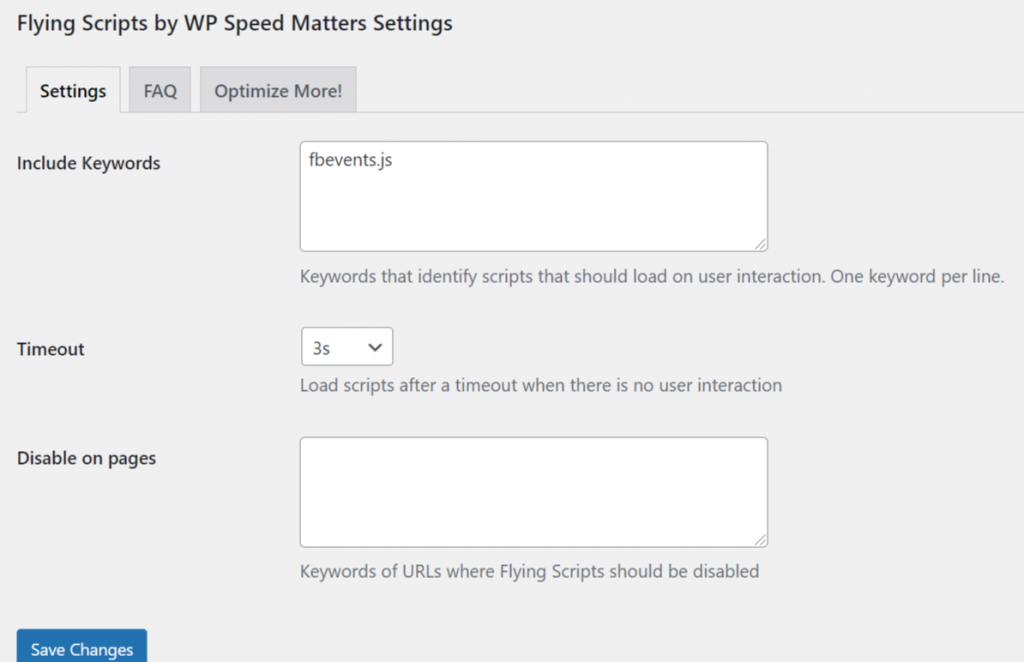 The keyword to add into the plugin’s settings for the Facebook Pixel is fbevents.js. You can set the timeout for when there is no user interaction on the site.

If you are using the WP Rocket plugin on your site for caching and site optimization then the Facebook pixel would already be included in the delay JavaScript execution option that is provided in WP Rocket. WP Rocket used to have an add-on to be able to host the Facebook Pixel locally but that was removed in version 3.9 of the plugin since the delay JS execution for 3rd party scripts was more effective.