The April Toolbox: We are talking 3D icons and Reddit. 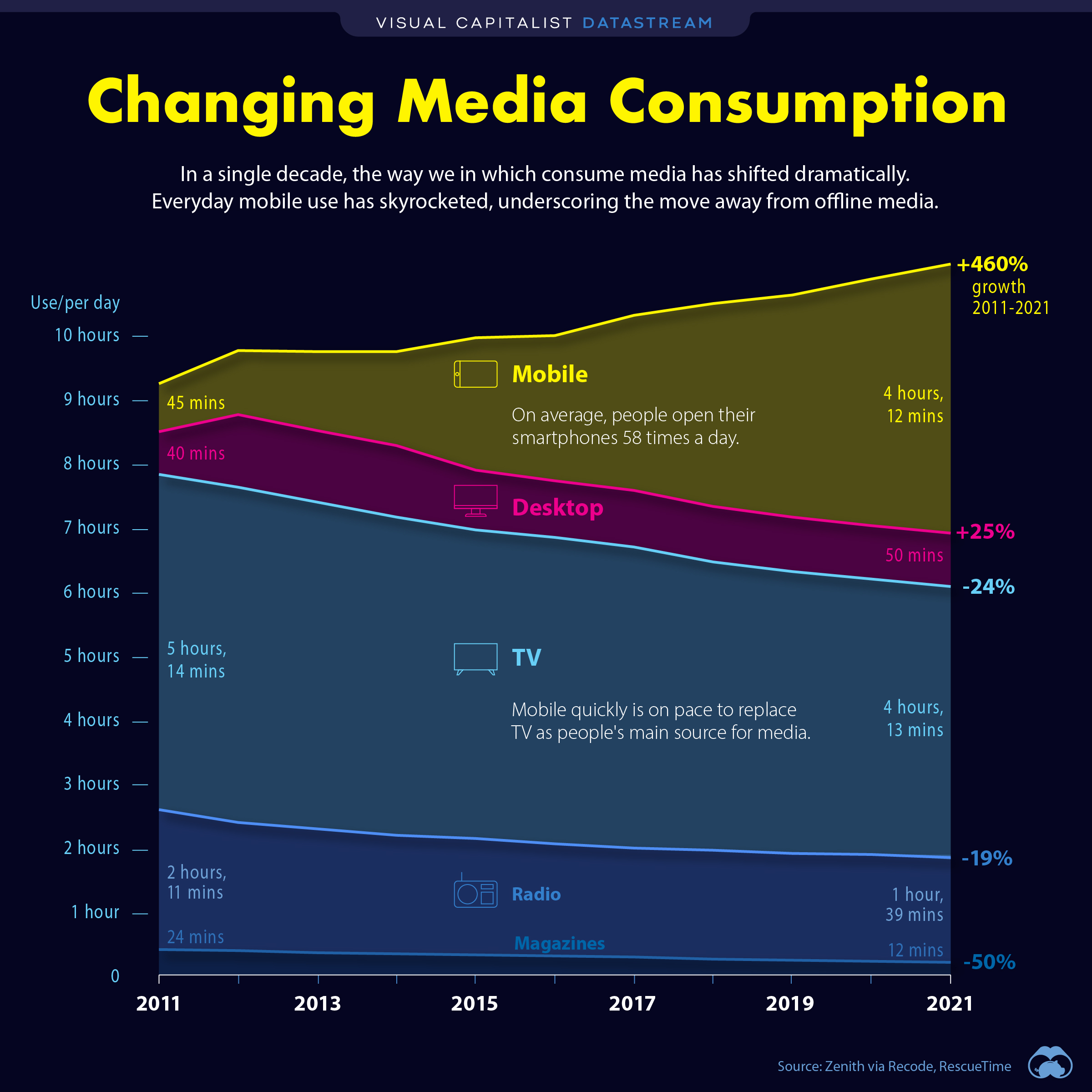 There are a wide array of apps and life hacks out there designed to help regulate personal internet use and media consumption, but the data suggests they haven’t been working. Today, we consume more media than at any point in time in the last decade.

This data from Recode looks at how many minutes U.S. adults spend on various forms of media, comparing mobile, desktop, radio, television, and magazines.

How Many Minutes are Spent on Media?

In 2021, collective media consumption continues its upward trajectory, and is set to be at the highest it’s ever been. In 2021, overall media consumption among U.S. adults is estimated to be around 666 minutes per day, or 11.1 hours—a 20.2% increase from 2011.

Although media consumption has grown overall, this is predominantly driven by mobile usage. In fact, every category with the exception of mobile has shrunk from their respective peaks. Mobile on the other hand, has grown a whopping 460% in 10 years, from an average daily use of 45 minutes to a staggering 252 minutes.

Disparities in media consumption have a generational aspect that’s worth noting, as well. For instance, older Americans like Baby Boomers still consume media routinely through television. On the other hand, younger cohorts like Millennials and Gen Z tend to consume more through mobile.

Increasing internet use has come with criticism, and is said to be partially responsible for our waning attention spans. With only 1,440 minutes in a day, it remains unknown exactly how many minutes we will continue to direct towards mobile use. But with figures growing 9% last year, we may not have yet reached the peak.

The post How Media Consumption Has Changed Over the Last Decade (2011-2021) appeared first on Visual Capitalist.