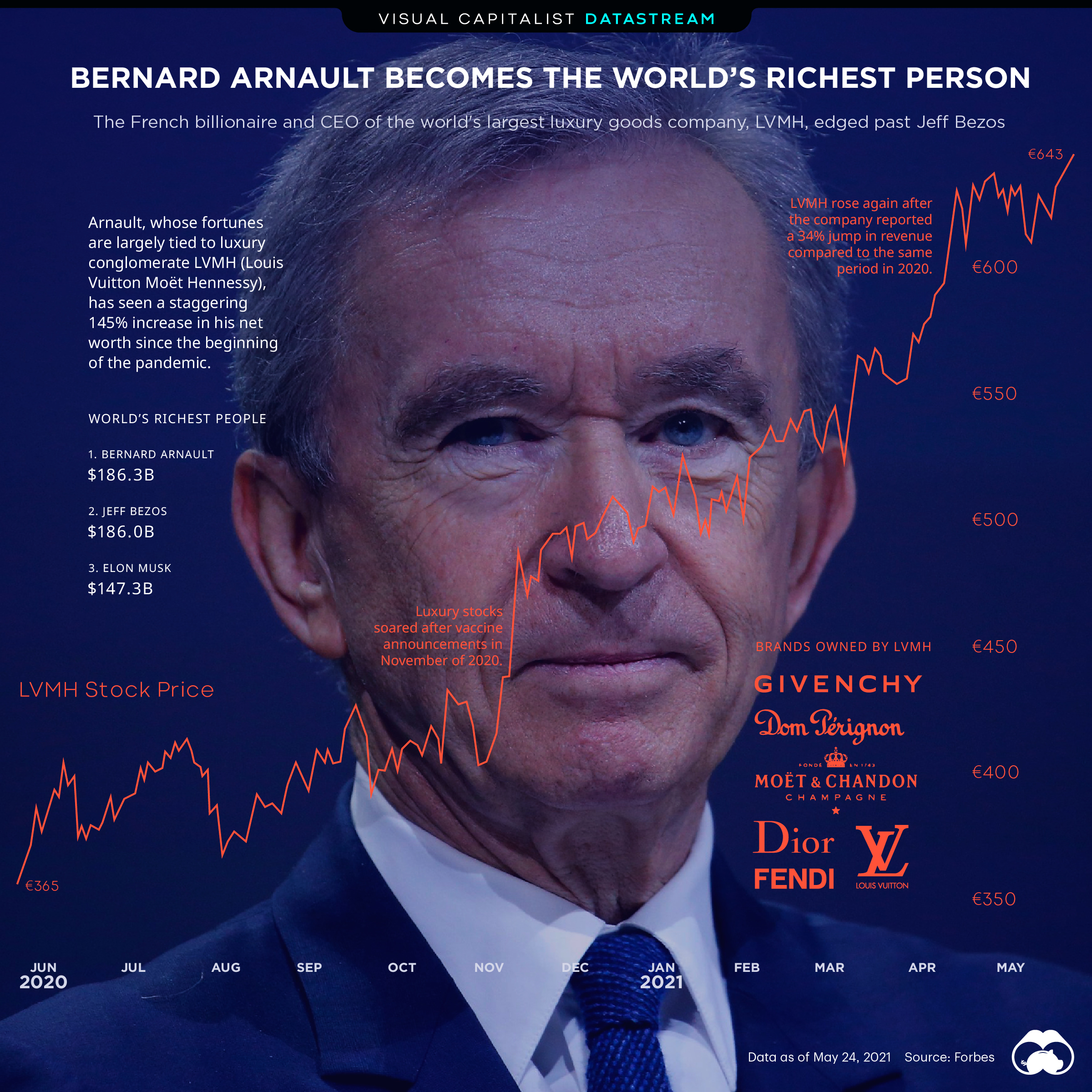 Arnault’s rise into top spot is particularly noteworthy since American billionaires – particularly in the technology sector – have dominated the world’s richest people ranking for a number of years. Amazon’s Jeff Bezos remains neck-and-neck with Arnault, with Elon Musk still within striking distance.

Jeff Bezos began 2021 in top spot, but has been challenged by both Elon Musk and Bernard Arnault. The former took a hit after Tesla’s stock began to cool off after hitting a record high in Q1 2021.

Arnault’s name may be new to some, but he has been on of the top five richest people globally since 2018, and has been a billionaire for well over a decade. The French tycoon got his start in the fashion space by parlaying a fortune made in construction into the purchase of Christian Dior in 1985.

It may be surprising that LVMH is thriving during the COVID-19 pandemic, but the company has been buoyed by strong sales in Asia – especially China.

In January 2021, LVMH completed a deal for Tiffany & Co for nearly $16 billion, in what is possibly the largest luxury brand acquisition in history.

Source: Forbes’ Real-Time Billionaire Tracker (Data as of May 26, 2021)
Note: Rankings on the Forbes Billionaire Tracker fluctuate throughout the day. Given the similar net worth of both Jeff Bezos and Bernard Arnault, the two men may trade top spot back and forth for a time.

Visualized: The Top 5 Questions on Sustainable Investing for Advisers