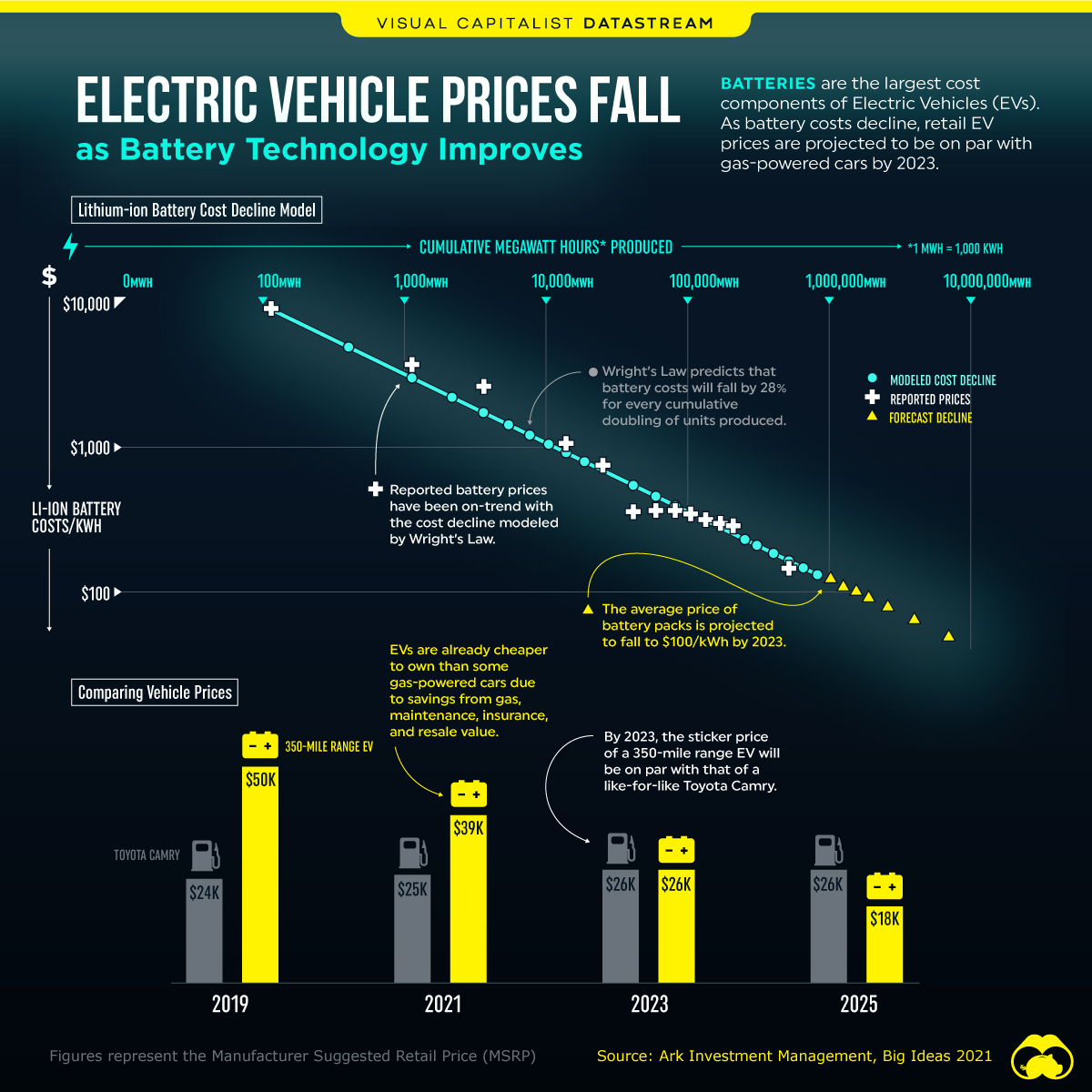 Electric vehicles (EVs) only accounted for around 3.2% of global car sales in 2020—a figure that’s set to grow in the coming decade, largely due to falling EV battery costs.

Wright’s Law is Right So Far

According to Wright’s Law, also known as the learning curve effect, lithium-ion (Li-ion) battery cell costs fall by 28% for every cumulative doubling of units produced.

Wright’s Law has accurately predicted the decline in battery costs and so far, reported battery prices have been in line with modeled forecasts. The battery pack is the most expensive part of an electric vehicle. Consequently, the sticker prices of EVs fall with declining battery costs.

By 2023, the cost of Li-ion batteries is expected to fall to around $100/kWh—the price point at which EVs are as cheap to make as gas-powered cars.

EVs are already cheaper to own and operate than comparable gas-powered cars due to savings from gas, maintenance, and resale value. Therefore, a reduction in retail electric vehicle prices may enable them to compete more directly with gas-powered cars.

The Electric Catch Up

Electric vehicles are a key piece of the puzzle in the transition to clean energy. Hence, growing consumer awareness around climate change is a catalyst for the EV space.

However, as EV production increases, so does the need for various critical minerals, charging infrastructure, and more. Price is just one of the hurdles that EV manufacturers need to overcome on the road to mainstream EV adoption.

How to Set up WooCommerce Dynamic Pricing: 3 Really Simple Steps

What you may see as a failure could just be the last obstacle before your greatest success….