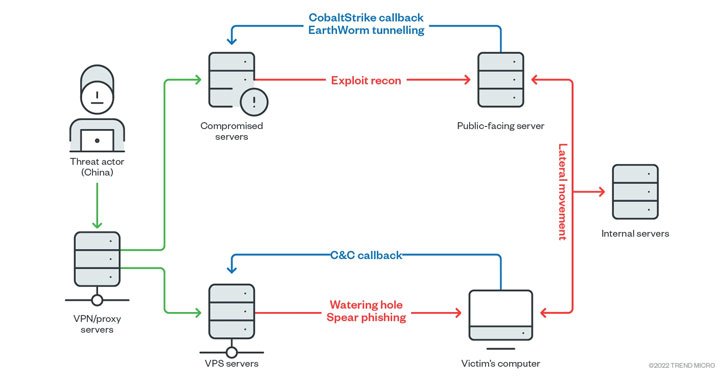 An elusive threat actor called Earth Lusca has been observed striking organizations across the world as part of what appears to be simultaneously an espionage campaign and an attempt to reap monetary profits.

“The list of its victims includes high-value targets such as government and educational institutions, religious movements, pro-democracy and human rights organizations in Hong Kong, COVID-19 research organizations, and the media, amongst others,” Trend Micro researchers said in a new report. “However, the threat actor also seems to be financially motivated, as it also took aim at gambling and cryptocurrency companies.

The cybersecurity firm attributed the group as part of the larger China-based Winnti cluster, which refers to a number of linked groups rather than a single discrete entity that are focused on intelligence gathering and intellectual property theft.

Earth Lusca’s intrusion routes are facilitated by spear-phishing and watering hole attacks, while also leveraging vulnerabilities in public-facing applications, such as Microsoft Exchange ProxyShell and Oracle GlassFish Server exploits, as an attack vector.

The infection chains lead to the deployment of Cobalt Strike, alongside a variety of additional malware such as Doraemon, ShadowPad, Winnti, FunnySwitch, and web shells like AntSword and Behinder. 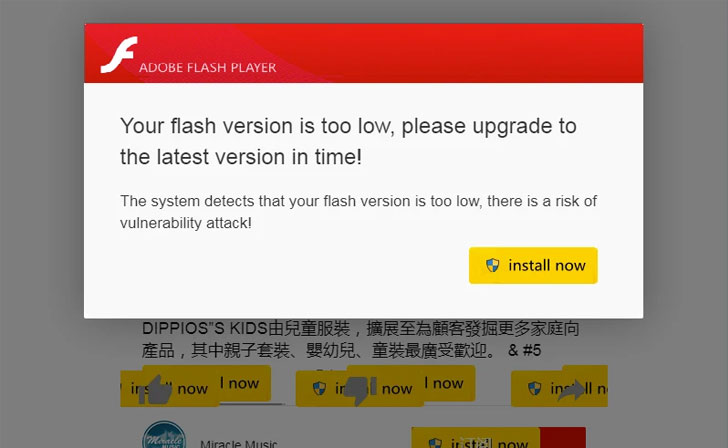 Cobalt Strike is a full-featured intrusion suite that originated as a legitimate remote access tool, developed for red teams to use in penetration testing. However, in recent years, it has become one of the preferred tools in a threat actor’s arsenal and the primary means of turning a foothold into a hands-on intrusion.

Interestingly, while the attacks also involve installing cryptocurrency miners on infected hosts, the researchers pointed out that “the revenue earned from the mining activities seem low.”

Telemetry data gathered by Trend Micro reveal that Earth Lusca staged attacks against entities that could be of strategic interest to the Chinese government, including —

“Evidence points to Earth Lusca being a highly-skilled and dangerous threat actor mainly motivated by cyberespionage and financial gain. However, the group still primarily relies on tried-and-true techniques to entrap a target,” the researchers said.

“While this has its advantages (the techniques have already proven to be effective), it also means that security best practices, such as avoiding clicking on suspicious email/website links and updating important public-facing applications, can minimize the impact — or even stop — an Earth Lusca attack.”

How to Add PDF Indexing and Searching in WordPress

WooCommerce Aims to Produce MVP of Custom Tables for Orders by Q3, 2022