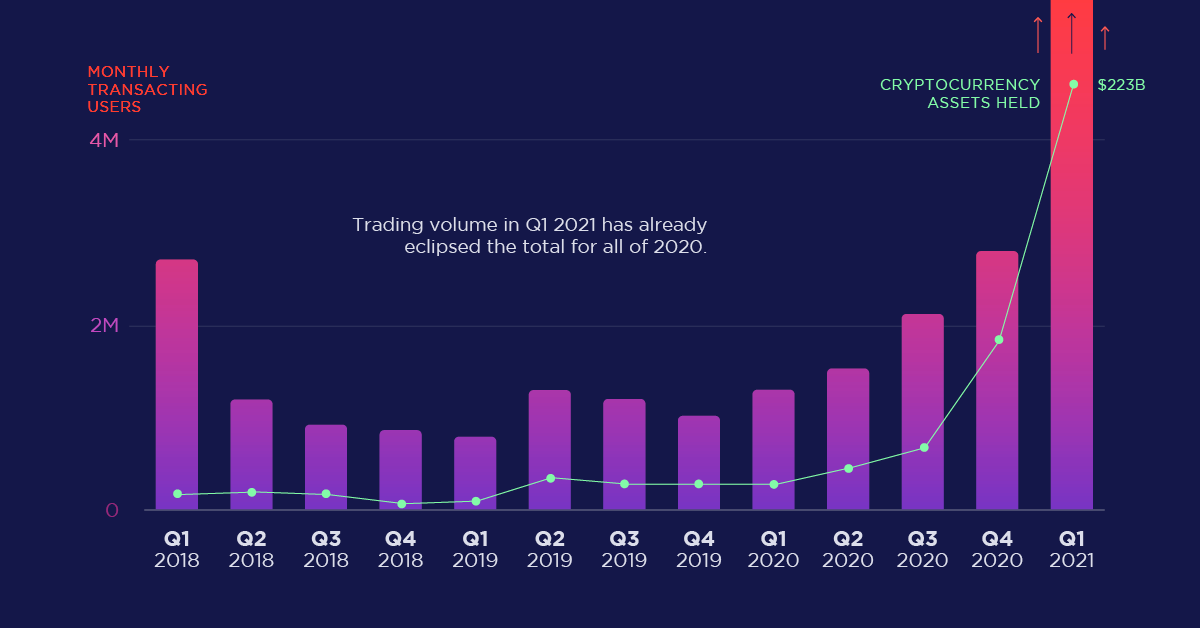 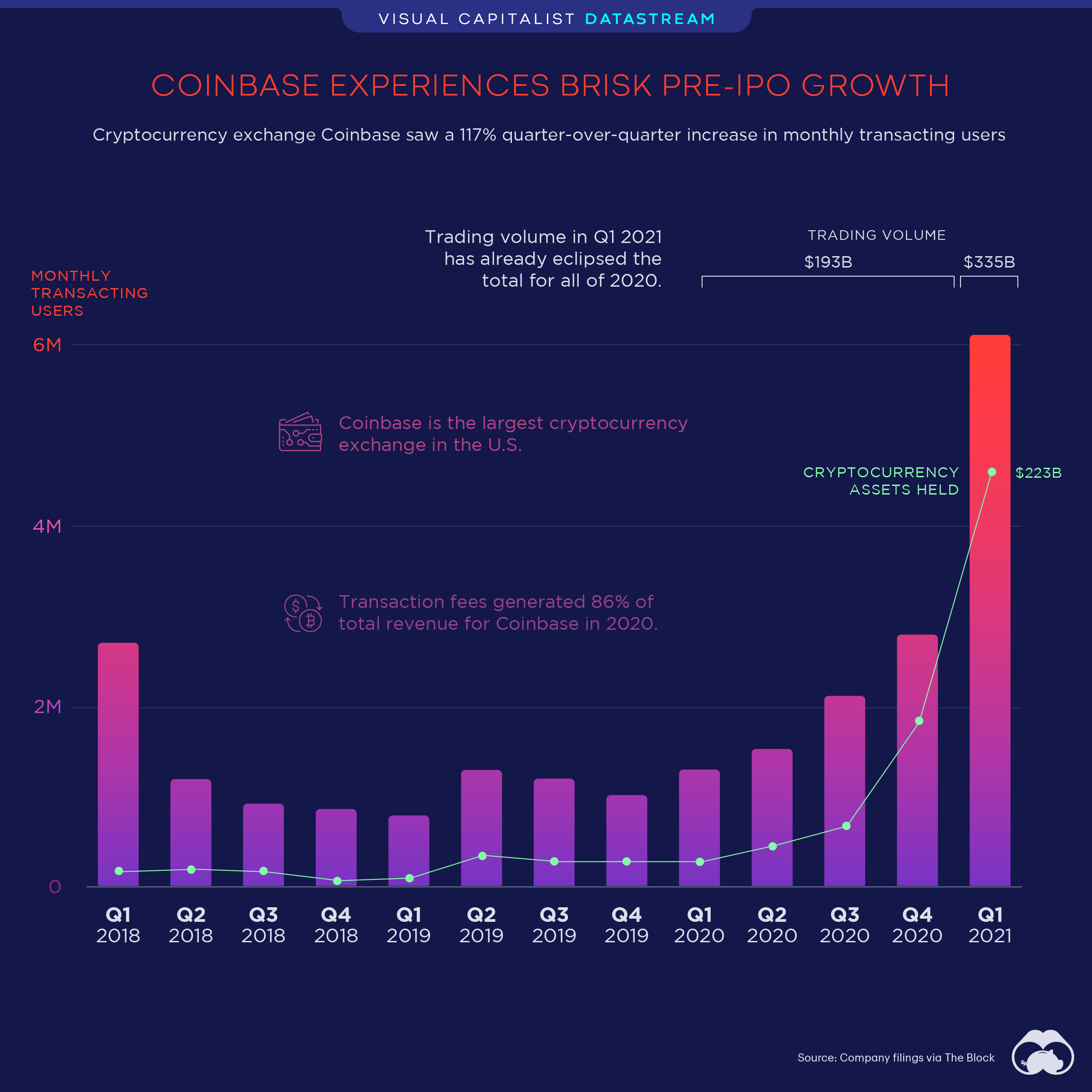 A week before its initial public offering (IPO), Coinbase reported significant user growth for the first quarter of 2021.

In a report released on April 6, the cryptocurrency exchange claimed to have an estimated 56 million verified customers in Q1 2021—that’s an additional 13 million since Q4 2020.

Launched in 2012, Coinbase is the largest consumer-facing cryptocurrency exchange in America.

The company offers a variety of products, such as an advanced trading platform, crypto wallets for retail investors, savings accounts for institutions, and even its own stablecoin that’s backed by the U.S. dollar.

A Surge in Monthly Users and Assets

In addition to its growing user base, the company also reported a 147.8% uptick in assets on the platform in the last quarter, from $90 billion to $223 billion.

Industry experts believe this strong start to the year is a good indicator of the company’s future profit potential.

For instance, the investment bank DA Davidson raised Coinbase’s share price target from $195 to $440 after seeing the company’s Q1 results.

>> Liked this? Take a deeper dive into institutional trading volume on Coinbase.

Source: Company filings via The Block

How to Find and Edit the WordPress User Profile