Charted: Money Can Buy Happiness After All
Advertisement 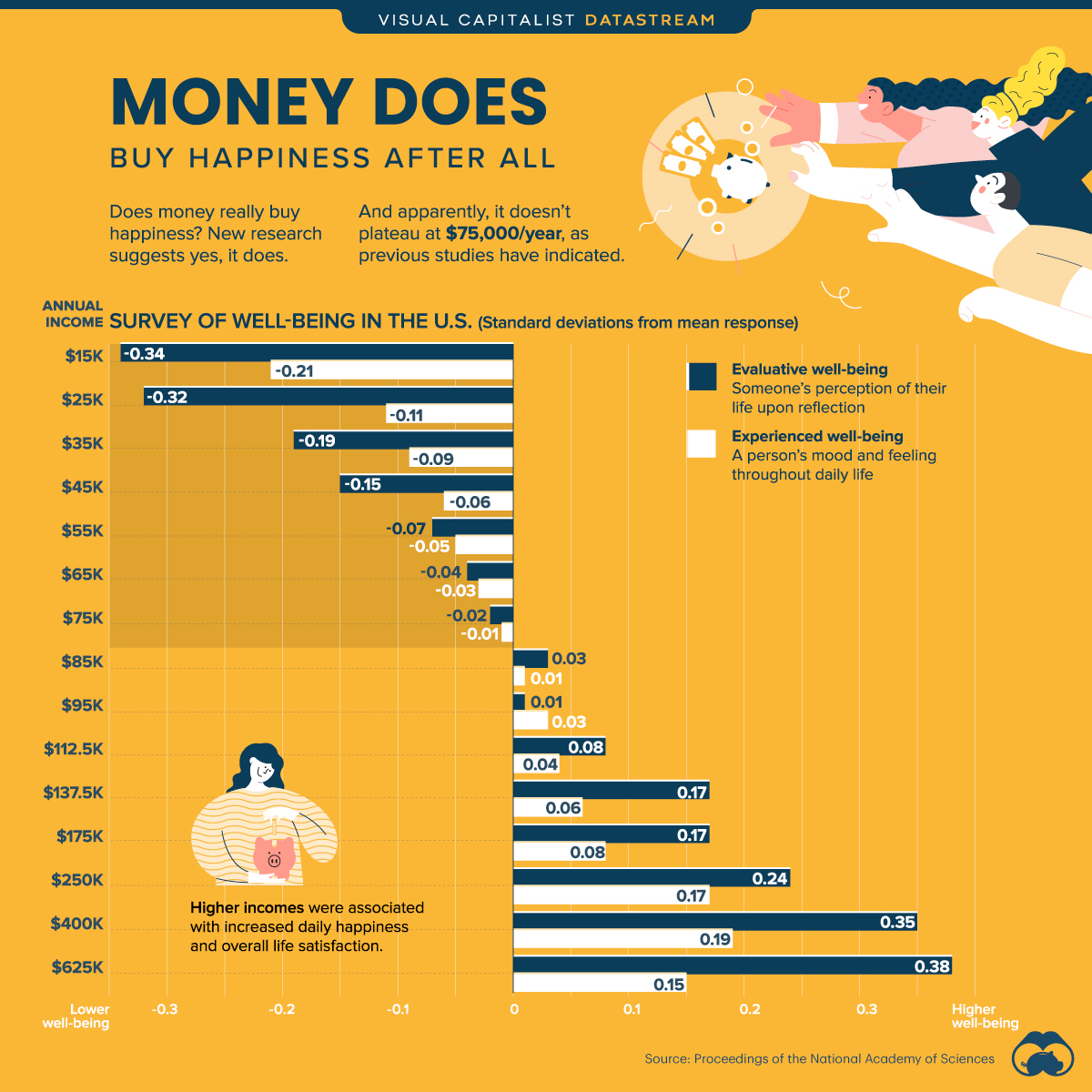 In One Chart: Money Can Buy Happiness After All

What’s the relationship between money and happiness? Previous studies have indicated that, while money can in fact buy happiness, it plateaus at approximately $75,000/year.

Using over a million real-time reports from a large U.S. sample group, a recent study found that happiness increases linearly with reported income (logarithmic), and continues to rise beyond the $80,000/year mark.

Below, we’ll provide more details on the research methodology, while touching on a few possible reasons why higher incomes may improve people’s happiness levels.

How is Happiness Measured?

Past research on happiness relative to income has relied on retrospective data, which leaves room for human memory errors. In contrast, this new study uses real-time, logged data from a mood tracking app, allowing for a more accurate representation of respondents’ experienced well-being.

Data was also collected by random prompts over a period of time, with dozens of entries logged for each single respondent. This provides a more well-rounded representation of a person’s overall well-being.

Two forms of well-being were measured in this study:

The Results (Measured in Standard Deviations from Mean)

Why Does Money Buy Happiness?

The report warns that any theories behind why happiness increases with income are purely speculative. However, it does list a few possibilities:

Whatever the cause may be, one thing is clear—Biggie Smalls was wrong. Looks like more money doesn’t necessarily mean more problems.

The post Charted: Money Can Buy Happiness After All appeared first on Visual Capitalist.

How to Accept Payments Online With Your WordPress Website in 2021