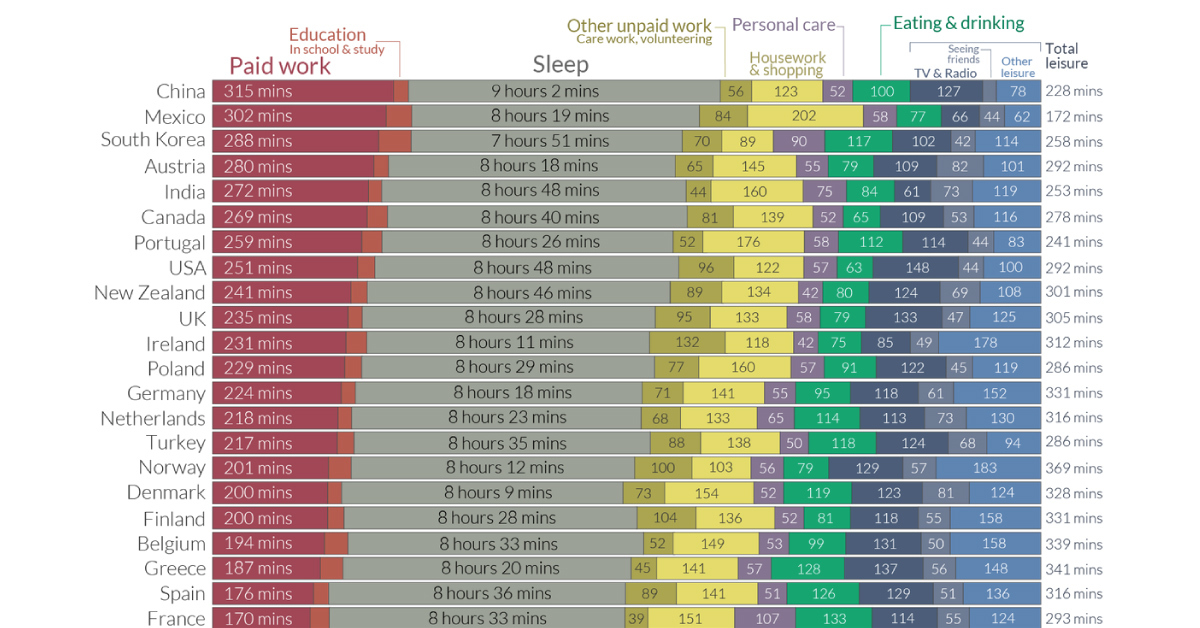 In many parts of the world, blue skies are a rarity. Instead, accumulated levels of air pollution from industrial processes and motor vehicle traffic cloak cities in smog year-round.

But to what extent does air pollution impact the human population around the world?

To answer this question, data scientist Matt Dzugan has created a cartogram that shades each country based on levels of fine particulate matter (PM2.5) air pollution experienced by the population living there.

First off, let’s talk about the visualization style itself.

Not your everyday map, this unconventional cartogram resizes the borders of countries based on their total populations. In this style, a single square represents 500,000 people. According to Matt Dzugan, the cartogram view is meant to provide a bird’s eye perspective of the impact of air pollution and fine particulate matter (PM2.5) on human lives.

A clear correlation emerges: some of the most inhabited places in the world also experience the most pollution. Highly populated China and India show up the most prominently, while other countries like Australia and Canada seem to disappear off the map entirely.

To put this into perspective, 800 dark brown squares on this cartogram (a PM2.5 concentration of 50 μg/m³) represent 400 million people in India that are exposed to polluted air at levels five times past thresholds set by the World Health Organization.

So how do countries on each end of the PM2.5 spectrum shake out? Pulling supplemental data from the WHO, here’s how the top 20 countries with the cleanest air rank. 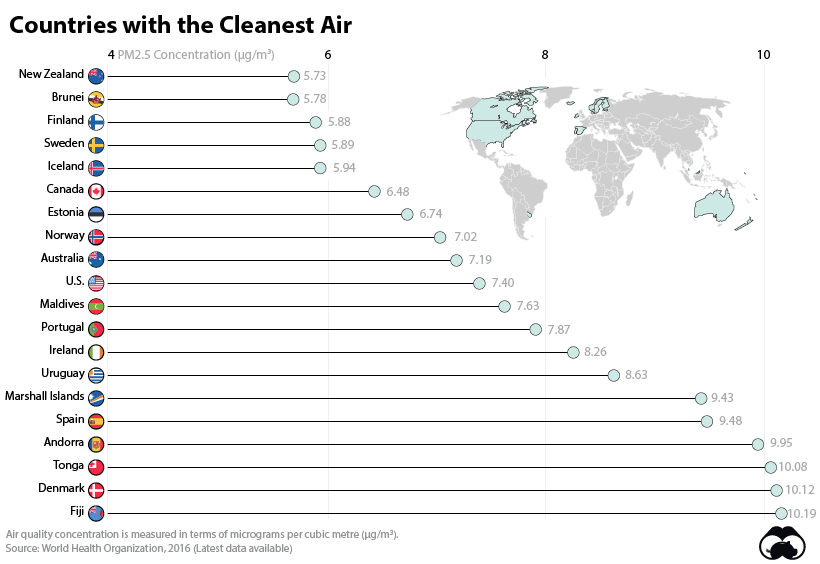 New Zealand tops the above list. And as you can see, air quality tends to be highest in advanced coastal economies with low population densities—and being an island or bordering less habitable Arctic tundra also helps as well.

That said, there are temporary bouts when air quality can dip in even the best of countries. For example, recent wildfires on the West Coast of the United States and Australia resulted in reddish-orange skies and hazardous levels of air quality for weeks at a time.

The 20 Countries with the Most Air Pollution

On the other hand, it may be surprising that Nepal lands all the way at the bottom of the air quality list. Why is this landlocked country—home to less than 30 million—suffering from hazardous air pollution reaching 100μg/m³?

In short, the emissions from fossil-fuel driven traffic and manufacturing operations are trapped within the Kathmandu valley, which causes air quality issues for people living in the region. 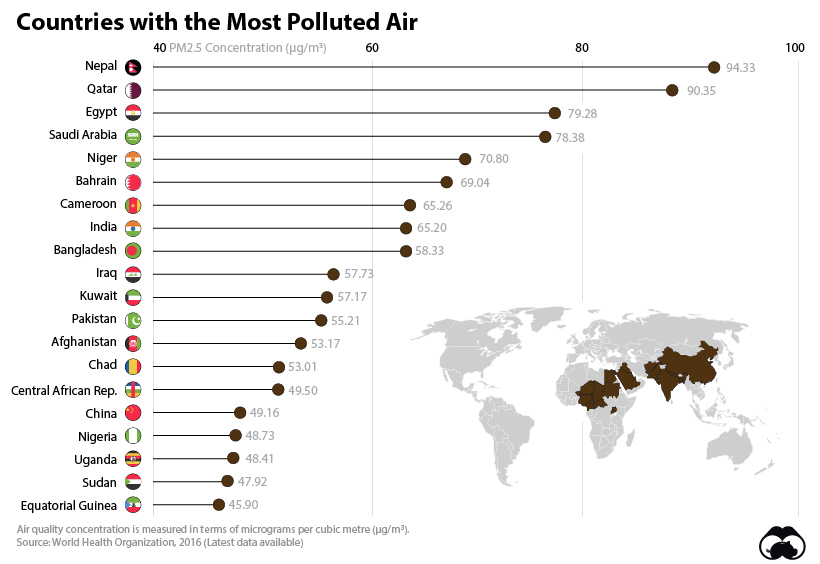 The regions with lower air quality tend to be more landlocked with developing economies, such as some countries in central Africa and Asia, as well as in the Middle East.

Finally, while China is lower on this overall list, it’s worth noting that it is one of the most prominent on the cartogram due to its sheer population size.