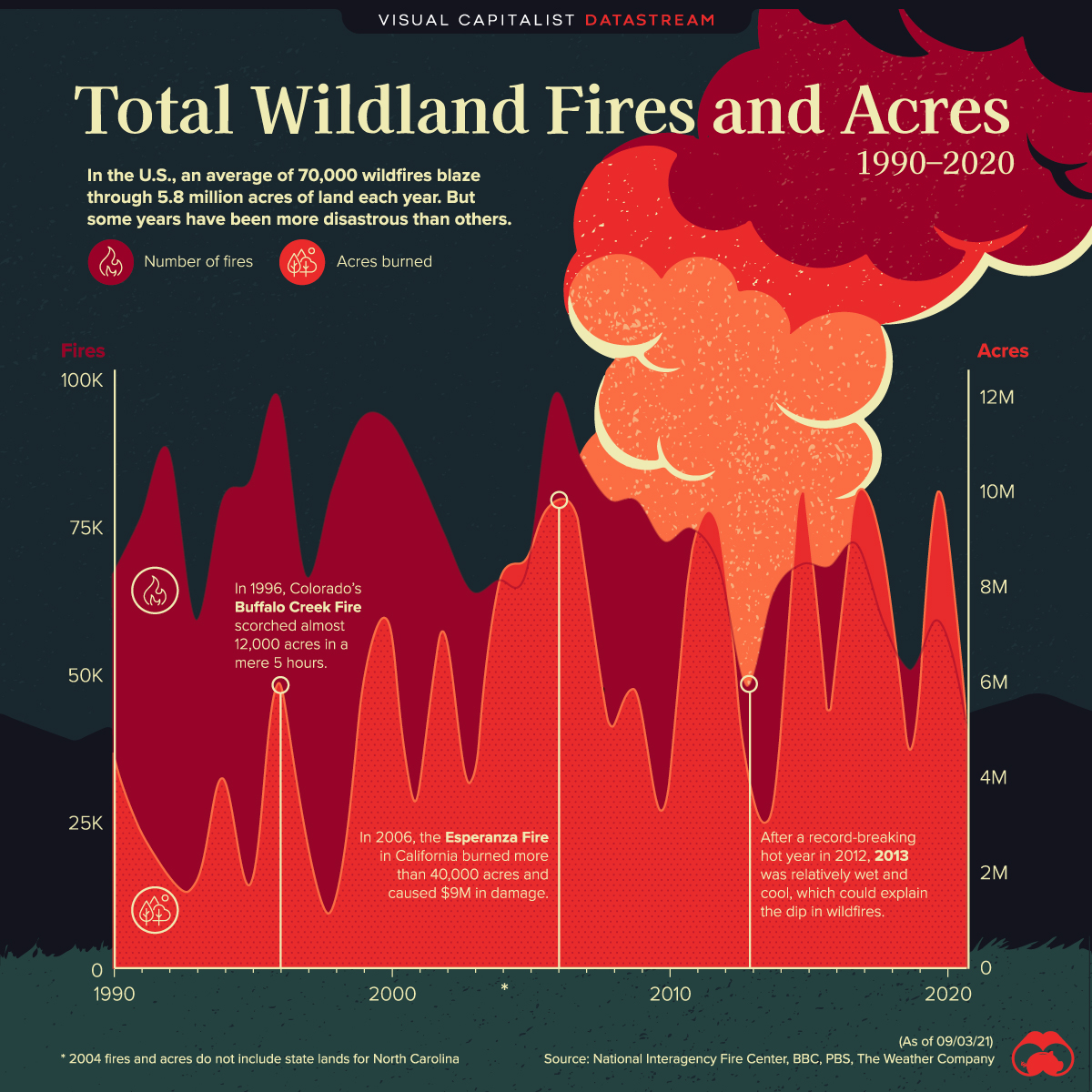 30 Years of Wildfires in America

This summer, record-breaking droughts and relentless heat waves have fueled disastrous wildfires across the United States. It’s gotten so bad, the state of California has decided to shut down all national parks for two weeks to stop the spread.

But how disastrous has this year been compared to previous years? This graphic gives a historical look at the number of wildfires in America that have occurred each year since 1990, and the acres of forest land scorched during that period.

In the U.S., an average of 70,000 wildfires burn through 5.8 million acres of land each year. But some years have been worse than others.

One particularly bad year was 2006, which had over 96,000 fires and destroyed 9.9 million acres of land across the country. It was the year of the Esperanza Fire in California, which burned 40,000 acres and cost $9 million in damages.

2015 was also a devastating year, with over 10.1 million acres destroyed across the country–the worst year on record, in terms of acres burned.

Wildfires are only expected to worsen in the near future since warmer temperatures and drier climates allow the fires to grow quickly and intensely.

We’re already starting to see climate change impact the wildfire season. For instance, autumn is usually peak wildfire season for California, but this year, one of the largest fires on record started in mid-July, and is still burning as of the date of publication.

The post Chart: 30 Years of Wildfires in America appeared first on Visual Capitalist.