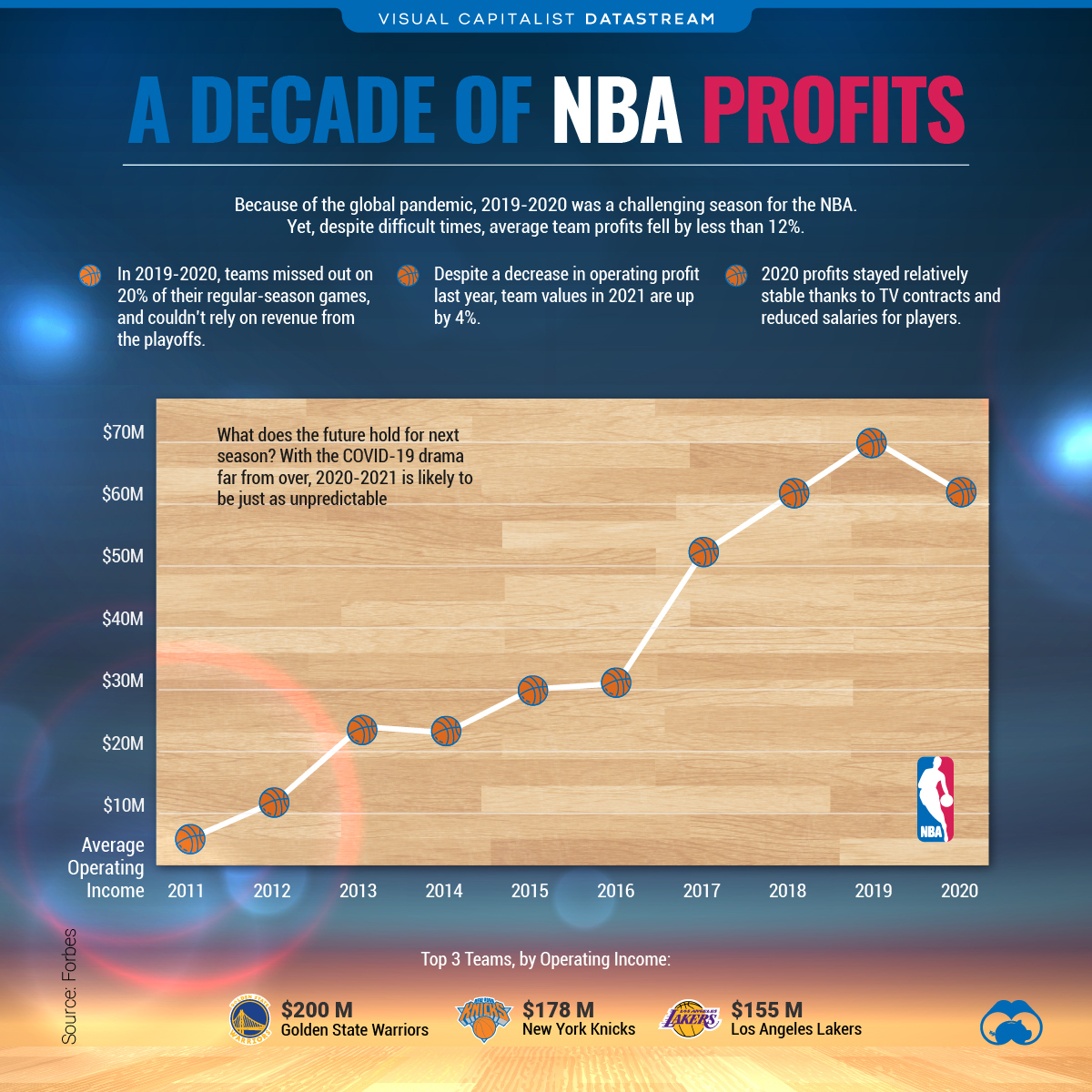 The NBA has gained undeniable traction over the last decade, at least from a financial standpoint.

Here’s a look at team profitability since 2011, according to Forbes:

Despite years of momentum, the NBA was not immune to the impacts of COVID-19 last year. However, thanks to hefty TV contracts and player salary cuts, average operating income only fell by 11.4%, from $70 million to $62 million.

The Most Valuable NBA Teams

Here’s a look at the top five most valuable teams in 2021:

The Knicks took the top spot for the sixth consecutive year, but the Lakers lost their long-standing second place ranking to the Warriors. It’s the first time another team has made the top two since 1999.

» Interested in sports investing? Then you might enjoy this article Investing in the Beautiful Game of Football

The post A Decade of NBA Profit: How Did the League Fare in 2020? appeared first on Visual Capitalist.

Get a FREE Event Venue Layout Pack for Divi