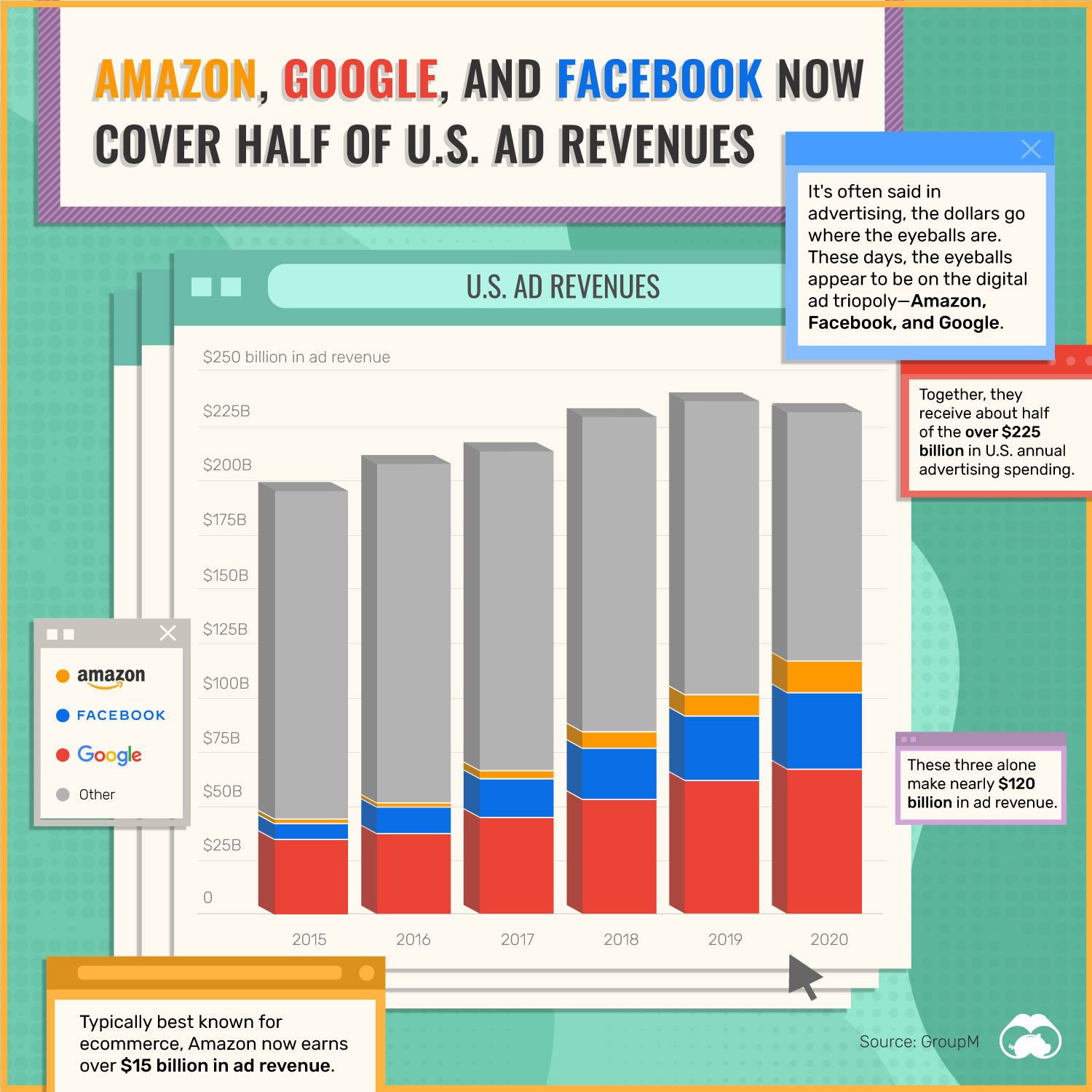 Every year in the U.S., CFOs and marketing executives gather to allocate a portion of company funds towards advertising budgets. Today, on average, over half of those U.S. ad dollars end up in the deep pockets of just three tech stocks—Amazon, Google, and Facebook.

The Big Tech ad triopoly made roughly $120 billion of this, and are taking up more market share with every year. One reason for this is the industry’s move towards digital ads, which now make up almost two-thirds of all ad spending.

Big Tech stocks like Google and Facebook are well known pure plays on the advertising space. However, Amazon’s inclusion may come as a surprise. Typically known for their ecommerce business, Amazon now also makes over $16 billion in ad revenue each year.

But it wasn’t always like this. Prior to 2015, the digital ad space was a duopoly consisting of just Facebook and Google. At the time, Amazon ad revenues were relatively minuscule, totaling under $1 billion.

Here’s a closer look at those ad revenues over time:

If these trends serve as any indication, advertising budgets will only be skewing more digital, and the ad triopoly will continue to command a larger share with time.

Source: GroupM
Notes: Amazon ad revenues are estimates from the “Other” category of their reported revenues