How to Improve Facebook Pixel Load Times on Your Site

How to Improve Site Performance when using Stripe in WooCommerce


One of the most commonly known tool for website performance testing is GTmetrix but it allows only one location, Vancouver in Canada, to test from. To access more testing locations, you need to create an account so that you can select a testing location that is nearest to your targeted audience.

The free plan includes seven locations but with the Pro plan, you have access to another fifteen test locations to select from.

All of the covered performance test site tools work in similar ways but the key is using the results they provide and working to improve the site performance load time.

In the case of using GTmetrix, look in the waterfall and scroll through to find requests which could be slowing down your site’s load time for visitors. To access the waterfall results, navigate to the waterfall tab as shown below. 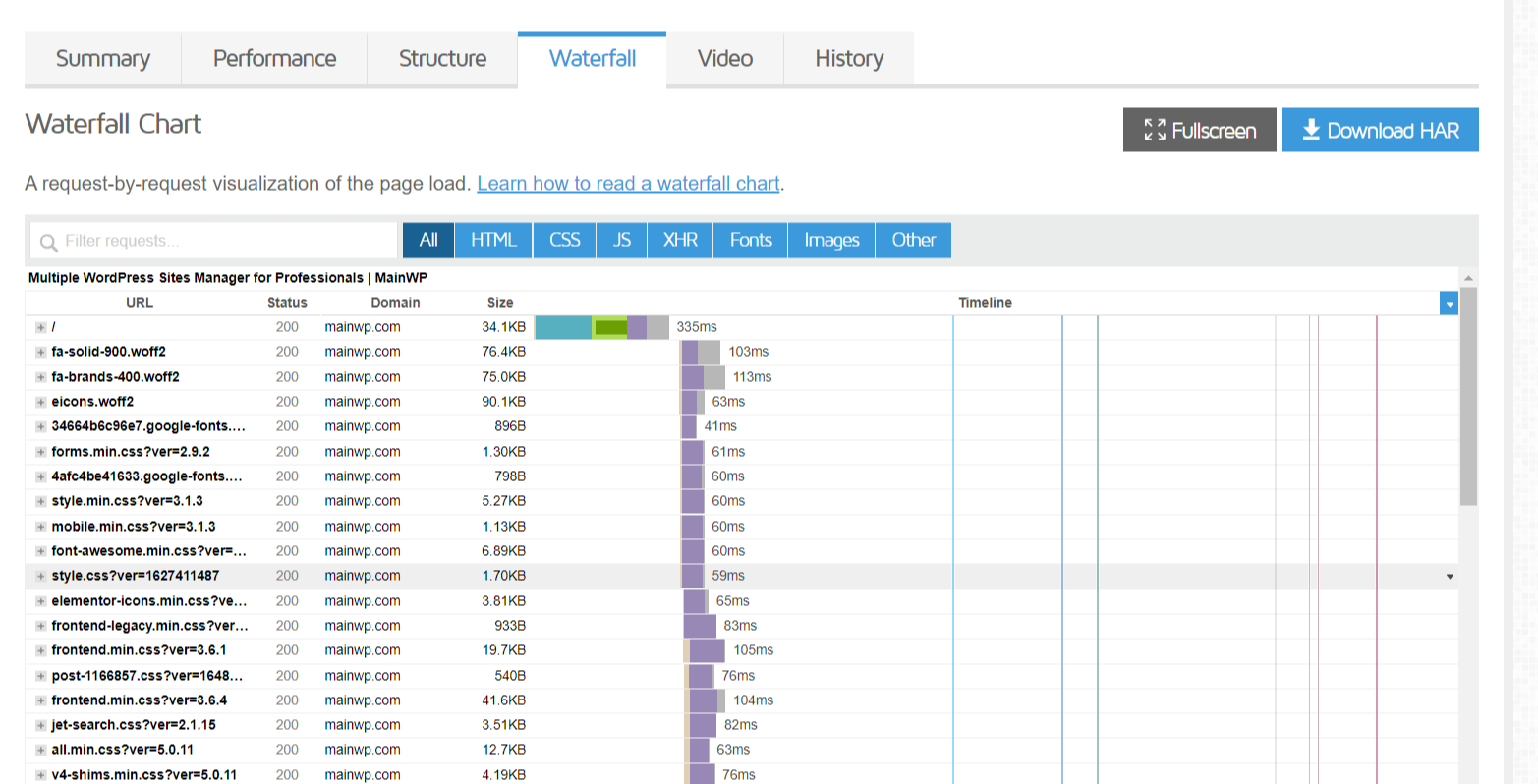 With the help of these results, you can apply website optimization techniques and then retest the site if they helped in reducing the page load times.

WebPageTest is also one of the most popular and easy-to-use performance testing websites. Just like GTmetrix, you can run several performance tests including Core Web Vitals and Google Lighthouse.

While setting up your performance test, select a test location that is nearest to your site’s targeted audience. After the test has been completed it will show several test results.

Look in the waterfall results for the first & the last test run. The last run results would be the most accurate synthetic example for repeat site users on the expected load time they would have using a similar device and internet access download speeds.

Looking through the waterfall will show you how many front-end assets (CSS, JavaScript, and images) are being loaded on your website. You can find out which external requests to services such as Google or Facebook are being loaded on the site. Also, the key to look at is which of the requests on the site are the slowest to load.

On the other hand, one of the less-known site speed testing tools is from CDN provider KeyCDN. KeyCDN provides a number of testing tools for performance, HTTP/2 checking, and if your site’s server supports Brotli compression.

MainWP offers an extension for Google Lighthouse which would allow you to check Lighthouse stats of all connected sites on a single screen with a click of a button.